The focus of the proposed research project will be the reform of the judiciary in the five selected case study countries: Bosnia, Serbia, Kosovo, Montenegro and Macedonia. The investigation of the independence of the judiciary will be based on the analysis of the institutional reforms thus far performed in the five case study countries. Special focus will be given to newly established institutions such as the High Judicial Councils with the goal to assess whether they really provide political independence to the judiciary. This task will be executed through an empirical study based on semi-structured interviews with representatives of the judiciary, government employees and relevant domestic experts (legal scholars, NGO representatives, journalists, and international organizations representatives) and a review of media reporting. With regard to the accountability we will empirically test whether the judicial institutions are effective in this matter, again with the special focus on the newly established institutions and their role into maintaining accountability in working habits. The analysis of the training of judges and prosecutors organized by the OSCE and expert NGOs (such as the Belgrade and Sarajevo Human Rights Centres) in terms of capacity building will help us to determine the efficiency of the judicial institutions in the Western Balkans. Special focus will be given to the effectiveness of the Judicial Academies which are founded and entirely financed by the EU Commission. Finally the effectiveness of the judiciary will be assessed through the analysis of the legal and institutional reforms of, for instance, civil procedure in order to shorten the length of civil law suits; the assessment of work of the newly established “special” courts (labour courts, administrative courts etc.) and chambers (war crimes chamber, organized crime chamber etc.) and prosecutorial departments like war crimes prosecutor in Serbia.

As part of the recently concluded project 'Europeanization by Rule...

IDSCS on International Conference in Zagreb

The coordinator of the project titled "Europeanization through Rule of...

A scientific conference on the topic 'Europeanization of Western balkans...

As part of the project “Europeanization by implementing the rule... 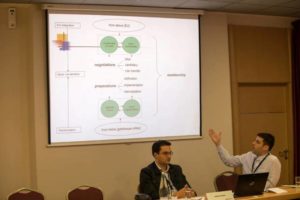 Presentation of our project on RRPP Annual Conference 2013, “Social, Political and Economic Change in the Western Balkans”, Belgrade, Serbia

The project coordinator Zoran Ilievski and  Marko Kmezic, the Scientific...

Conference call: ‘Europe, Here and There’

The process of the EU integrations is often regarded as...

Events organized by RRPP Seminar on qualitative methods in Budva... 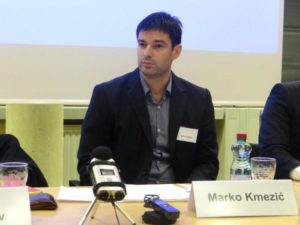 The Centre for Southeast European Studies, University of Graz in... 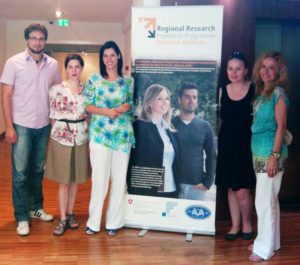 In organization of the RRPP programme, the team of the... 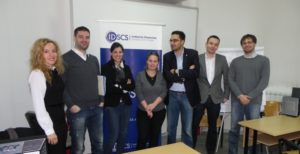 Personel involved in RRPP - 'Europeanization by implementing the rule...

Description: Under the auspices of the Regional Research Promotion Programme...