The ‘Cooperation Instrument for the Western Balkans Think Tanks – THINK BALKANS’ project is financially supported by the International Visegrad Fund and builds upon the previously established cooperation between the members of the Southeast European Think Net Network (SEE Think Net) and Think Visegrad as part of the ‘Regional cooperation in the Western Balkans: The Berlin Process and Visegrad Group in comparison project’.

Following the successful past cooperation, the Institute for Democracy “Societas Civilis” – Skopje will remain project coordinator, which, in collaboration with the European Movement in Serbia (EMinS), Platforma CiviKos from Kosovo*, Politikon Network from Montenegro, Albanian Institute for International Studies (AIIS) from Albania, Humanity in Action from Bosnia and Herzegovina, Centre for European Perspective (CEP) from Slovenia, Centre for Eastern Studies from Poland (OSW), Institute for Foreign Affairs and Trade from Hungary (IFAT), the Research Centre of the Slovak Foreign Policy Association (RC SFPA) from Slovakia, and EUROPEUM Institute for European Policy (EUROPEUM) from the Czech Republic, will work in achieving the project’s goals.

Modelling on the Think Visegrad – V4 Think Tank Platform and closely cooperating with it, this project aims to pilot an instrument for the permanent cooperation of Western Balkan (WB) think tanks by 1) strengthening the cooperation of think tanks in V4 countries with WB think tanks/analytical institutions; 2) promoting V4 cooperation among experts / policy makers in the WB as a successful regional model open to experience sharing with countries wishing to join the EU; 3) offering V4 expertise on regional cooperation that can help strengthen regional cooperation in the Western Balkans, which represents a crucial aspect of the region’s European integration; 4) providing a new platform for strengthening people-to-people links between analytical institutions, think tanks, government institutions from the V4 and the Western Balkans; 5) cultivating inter-regional cooperation between V4 and WB6 on issues of common strategic interest; and 6) encouraging the use of V4 know-how gained through Think Visegrad to help improve dialogue between the relevant state institutions in the WB countries (e.g. between the foreign ministries as well as between the WB think tanks and NGOs and the WB MFAs).

In fulfilling these objectives, the project partners will organize four events in the Visegrad and Western Balkans region, as well as Slovenia. The events will take place in Skopje in early December 2020, Belgrade in late October 2021, Warsaw in early November 2021 and Ljubljana in early December 2021. In addition to the events, the project partners will organize study visits of WB6 think tankers and civil servants in V4 capitals (Bratislava, Budapest, Prague and Warsaw) in Spring 2021, as well as study visits of V4 think tankers in WB6 capitals (Skopje, Prishtina, Tirana, Belgrade, Podgorica and Sarajevo). Based on the experiences and gained knowledge from the study visits, the partners will produce 4 short-term analyses and 3 long-term analyses on topics of common strategic interest for V4 and WB6 foreign policy perspectives, in the context of the European integration of the Western Balkan countries. 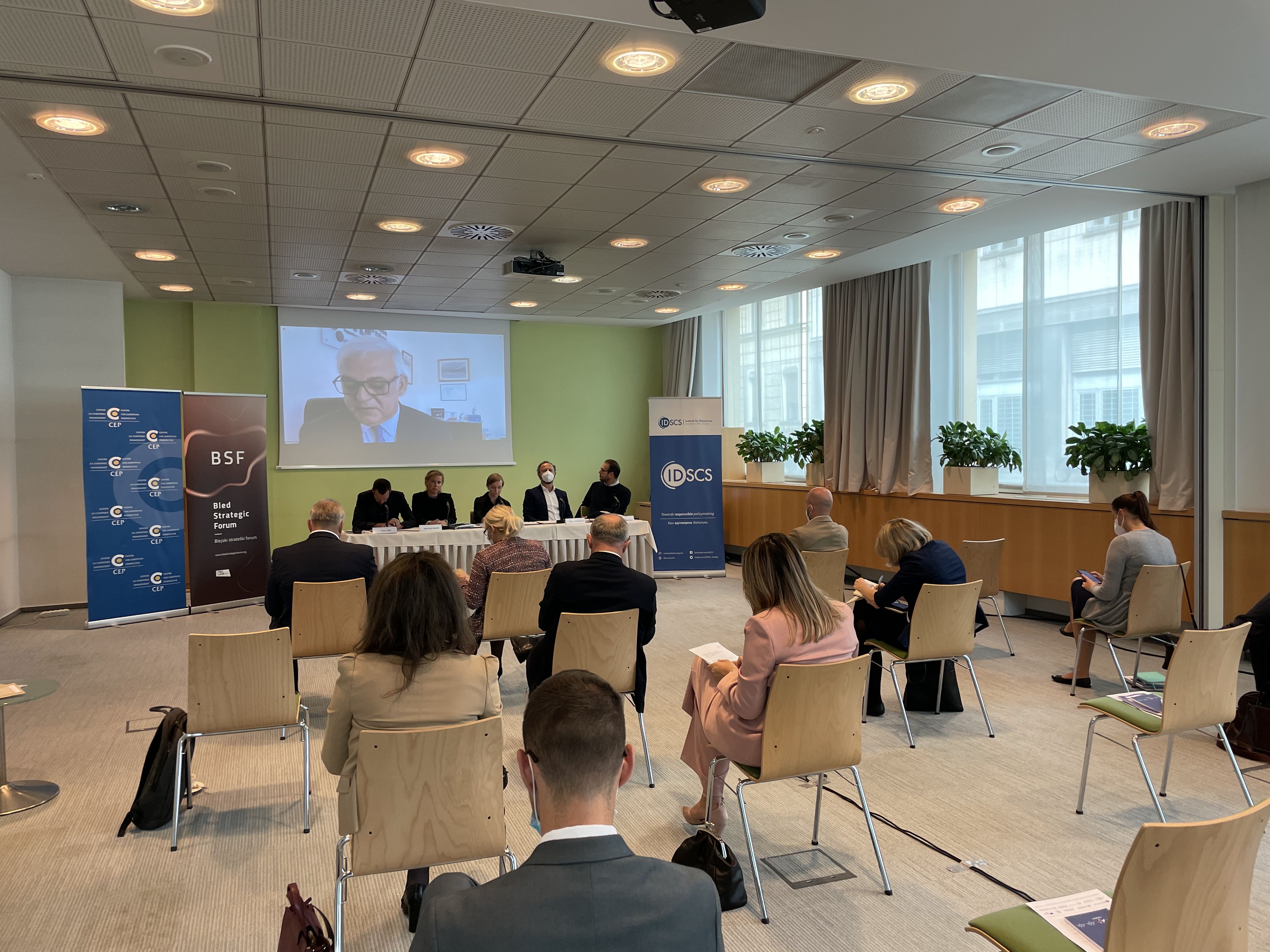 Institute for Democracy “Societas Civilis” – Skopje (IDSCS) and Centre for European Perspective (CEP) Slovenia organised the event “2021 Slovenian Presidency with the Council of EU, the integration of WB and the role of the Visegrad countries” on 5 October in Ljubljana, Slovenia as part of the Think Balkans... 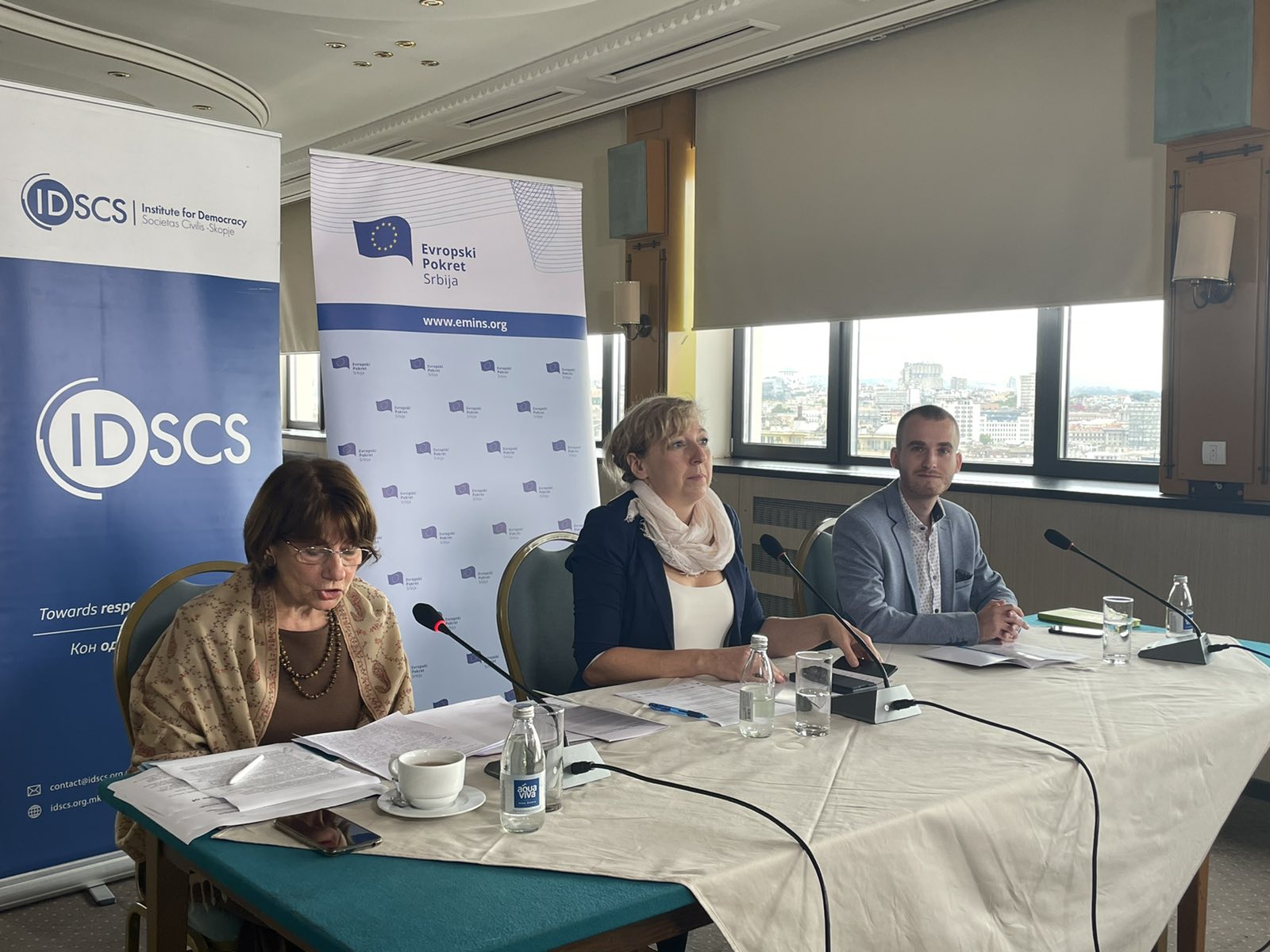 Institute for Democracy “Societas Civilis” – Skopje (IDSCS), in cooperation with the European Movement in Serbia (EMinS) organised the promotional event “Think Tanks’ Cooperation with Foreign Policy Making Institutions in WB6 Perceived by Researchers in V4”. The event served as a venue for promotion of the policy brief entitled...

As part of the ‘Cooperation Instrument for the Western Balkans Think Tanks – THINK BALKANS’ project, financially supported by the International Visegrad Fund and implemented by the Institute for Democracy “Societas Civilis” – Skopje (IDSCS), in cooperation with the European Movement in Serbia (EMinS), Platforma CiviKos from Kosovo*, Politikon Network from Montenegro, Albanian Institute for International Studies...

Under the auspices of the ‘Cooperation Instrument for the Western Balkans Think Tanks – THINK BALKANS’ project, financially supported by the International Visegrad Fund and implemented by the Institute for Democracy “Societas Civilis” – Skopje (IDSCS), in cooperation with the European Movement in Serbia (EMinS), Platforma CiviKos from Kosovo, Politikon Network from Montenegro, Albanian Institute for International... 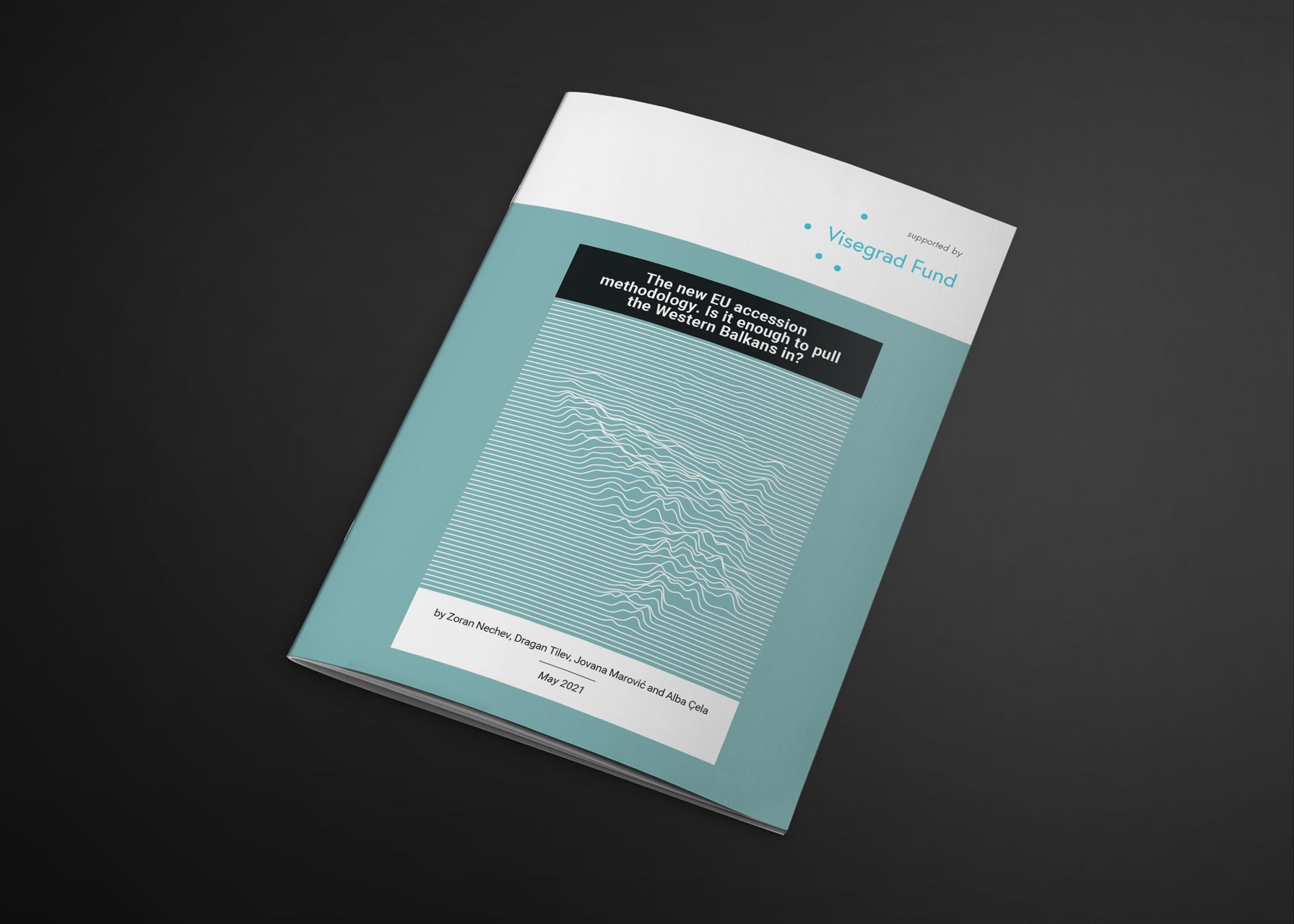 The new EU accession methodology. Is it enough to pull the Western Balkans in?

In times when the European Union is struggling to grow stronger from the crisis caused by the Covid-19 pandemic, its efforts in the area of enlargement are seemingly put on hold. For some time already, the Council remains frozen in a situation where the negotiations with both North Macedonia... 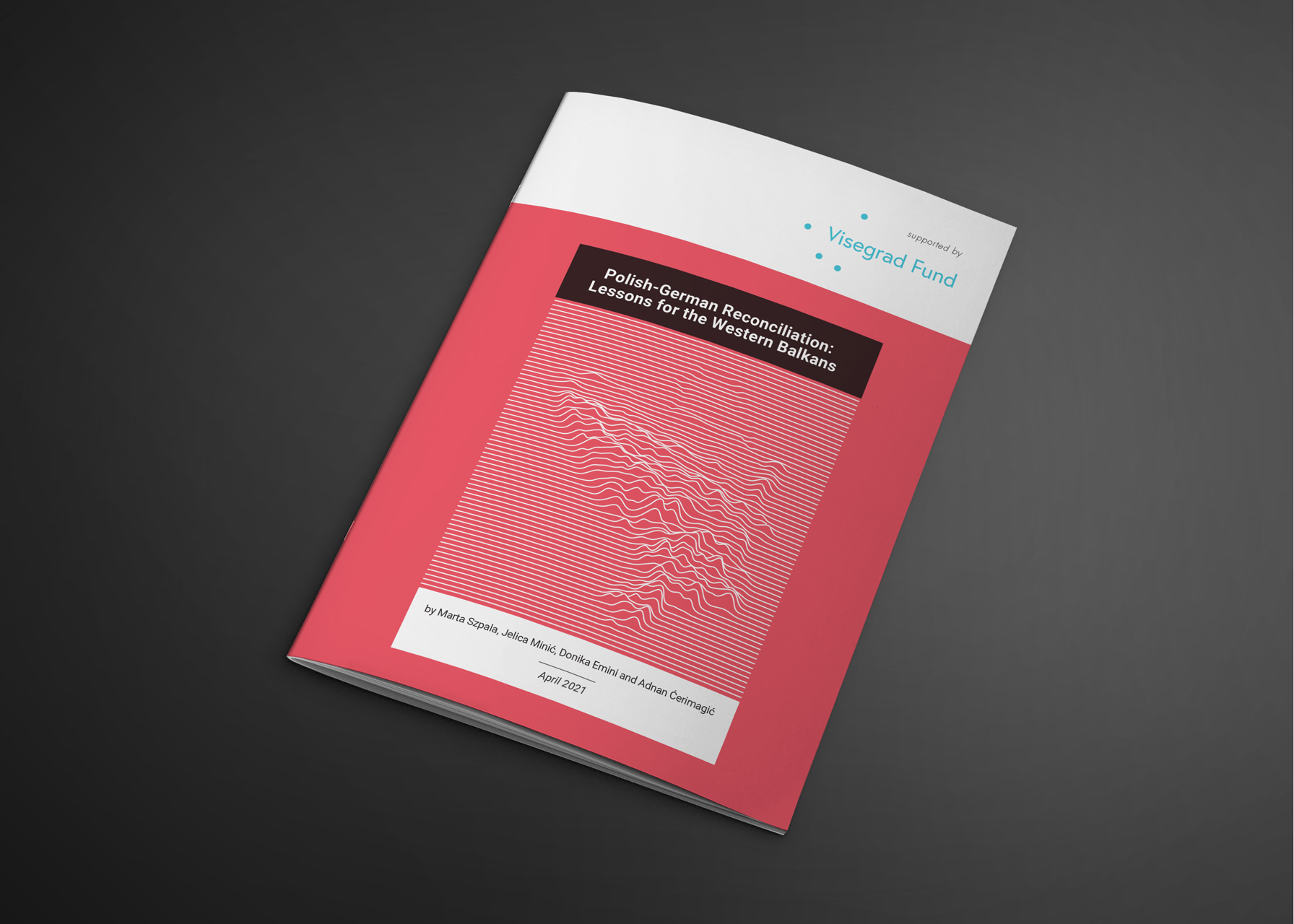 Seventy-five years after World War II most outsiders might think that the goal of full reconciliation between Poland and Germany has been achieved. After all, both countries are members of the European Union and NATO. Once contested border between the two countries is today almost invisible. Two governments are... 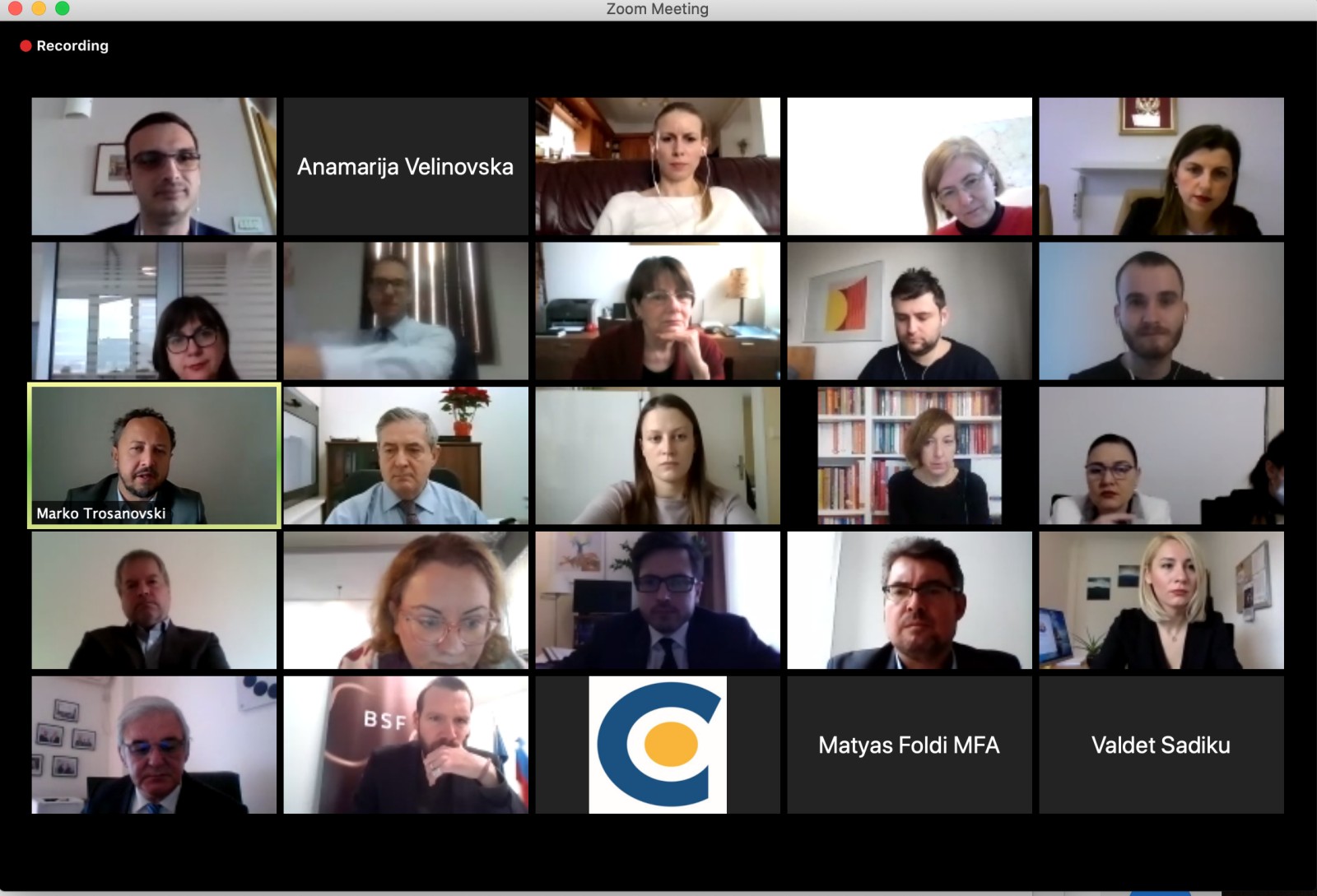 Today the Institute for Democracy “Societas Civilis” – Skopje had the pleasure to host a closed workshop announcing the Cooperation Instrument for the Western Balkans Think Tanks – THINK BALKANS, part of the project of the same name, financially supported by International Visegrad Fund (IVF). Based on the good...