Under the auspices of the ‘Cooperation Instrument for the Western Balkans Think Tanks – THINK BALKANS’ project, financially supported by the International Visegrad Fund and implemented by the Institute for Democracy “Societas Civilis” – Skopje (IDSCS), in cooperation with the European Movement in Serbia (EMinS), Platforma CiviKos from Kosovo, Politikon Network from Montenegro, Albanian Institute for International Studies (AIIS) from Albania, Humanity in Action from Bosnia and Herzegovina, Centre for European Perspective (CEP) from Slovenia, Centre for Eastern Studies from Poland (OSW), Institute for Foreign Affairs and Trade from Hungary (IFAT), the Research Centre of the Slovak Foreign Policy Association (RC SFPA) from Slovakia, and EUROPEUM Institute for European Policy (EUROPEUM) from the Czech Republic, between 7 and 11 June, IDSCS coordinated the first round of on-site study visits by the Visegrad Group (V4) researchers to the Western Balkans (WB6) capitals.

Researchers from the Czech Republic (EUROPEUM), Hungary (IFAT), and Poland (OSW), together with their local WB6 think tank hosts and IDSCS as project coordinator attended meetings with representatives from the WB6 ministries of foreign affairs (MFAs), parliaments, civil society, and political parties. During the meetings, the participants and hosts of the study visits presented the goals, deliverables, and upcoming activities of the THINK BALKANS project and called for future political and financial support through IVF and WBF, necessary for the official establishment of the permanent mechanism for cooperation between WB6 expert community and WB6 MFAs.  The study visits also served as fact-checking missions aimed at providing them with the V4 guest researchers with the necessary information for the production of V4 partners’ short-term analysis on the lessons learned from WB6.

Representing the Czech Republic, Jana Juzová, Research Fellow at EUROPEUM, and Žiga Faktor, Head of EUROPEUM’s and Think Visegrad’s Brussels Office, had the opportunity to visit Sarajevo and Podgorica.

Ferenc Németh, Research Fellow at IFAT, and Marta Szpala, Senior Fellow at OSW, representing Hungary and Poland respectively, had the opportunity to visit Belgrade and Pristina.

Hosted by our partner in Pristina, CiviKos and its Executive Director, Donika Emini, Marta and Ferenc met with Mr. Kreshnik Ahmeti, Deputy Minister of Foreign Affairs of Kosovo; Mr. Visar Fetaj,  Director of the Department for Europe and the EU of the Ministry of Foreign Affairs of Kosovo and MFA representative in Think Balkans consortium; Mr. Albinot Bimbashi, Head of the Department for Regional Cooperation at the Kosovo MFA; Mr. Valdet Sadiku, Kosovo Ambassador to Washington DC and former Director of the Regional Cooperation Department at Kosovo’s MFA; Ms. Arbëreshë Kryeziu Hyseni, first vice-chairperson of the Committee on European Integration in the Kosovo Assembly; Ms. Fitore Pacolli-Dalipi, member of the Committee on Foreign Affairs and Diaspora in the Kosovo Assembly; Rastislav Kostilník, Head of Mission of Slovakia; Juraj Melioris, Deputy Ambassador of Czechia; Béla Bozsik, Deputy Head of Mission at the Hungarian Embassy in Pristina; representatives of the parliamentary group of Lëvizja VETËVENDOSJE!; Muhamet Hamiti and Valon Murtezaj from the Democratic League of Kosovo; and representatives from Kosovo’s civil society.

The impact of the study visits is four-fold. The Bosnian, Montenegrin, Serbian and Kosovar MFAs congratulated on the achieved results of the THINK BALKANS project, greeted the cooperation between the V4 and WB6 think tanks, and MFAs, calling for its future deepening, and committed to greater cooperation and support of the THINK BALKANS consortium. Furthermore, the representatives of MFA underlined the need of expertise provided by the local authors from the region and expressed a genuine willingness to learn from the Visegrad Group experience. They mentioned common challenges like green agenda and pollution, whish should be addressed in the framework of this cooperation. During the meeting, the participants also dissussed the establishment of the contact points in the ministry for such cooperation. The other stakeholders, interlocutors at these study visits, especially MPs and CSOs, expressed interest in greater cooperation, expertise and knowledge sharing within the Western Balkans, as well as across V4 and WB6. Last, the visiting V4 researchers gained a better understanding of the context in the WB6 countries for establishing the Think Balkans platform and exchanged their experience and know-how from the Think Visegrad with the stakeholders in the region. 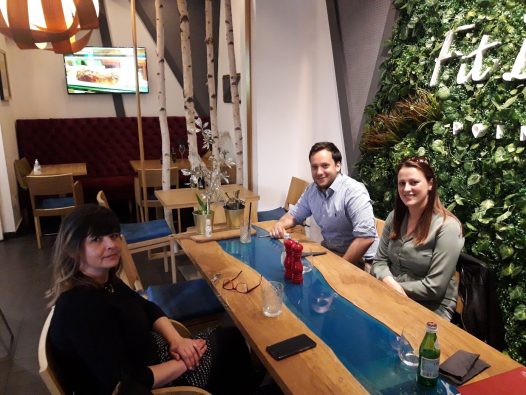 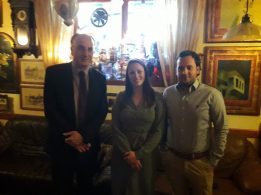 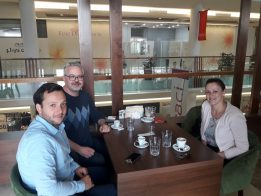 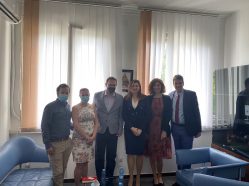 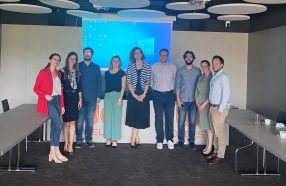 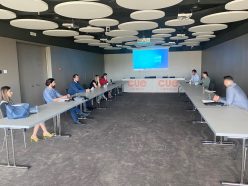 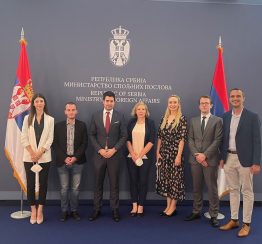 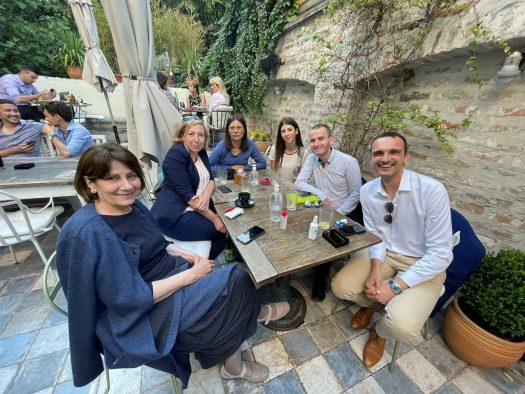 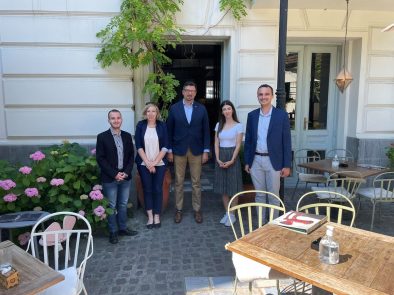 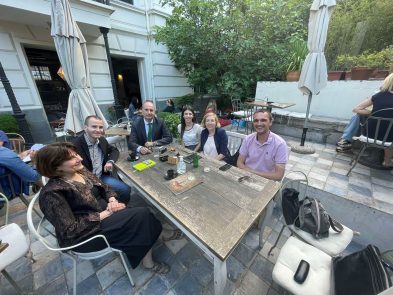 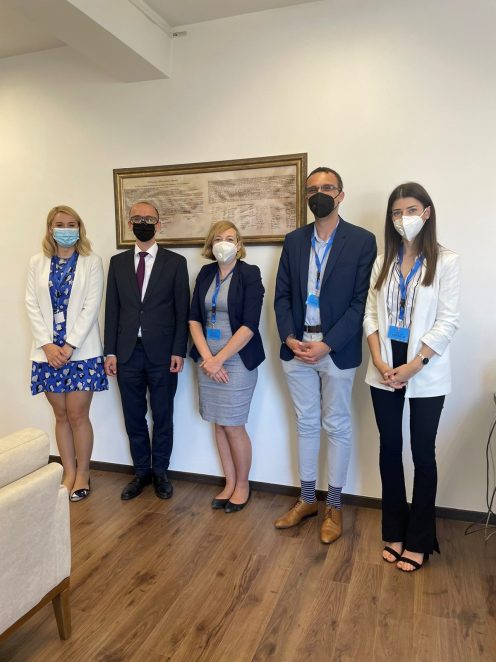 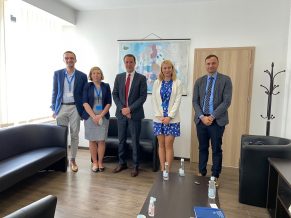 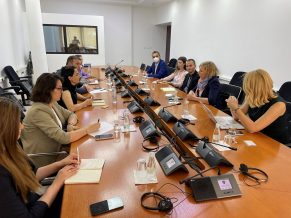 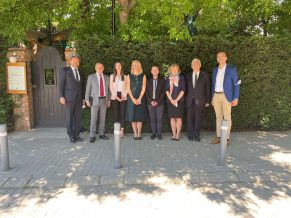 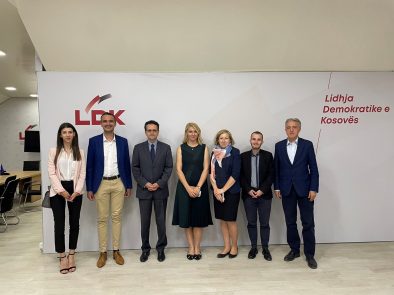 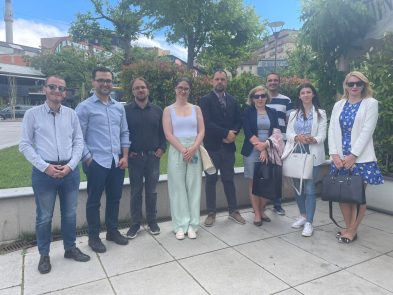