The event served as a venue for promotion of the policy brief entitled “From Think Visegrad to Think Balkans: lessons learned and recommendations” by experts from the V4 countries. The paper analyses the potential for the establishment of the Think Balkans mechanism and provides recommendation based on the experts’ knowledge and experience being part of the Think Visegrad mechanism and the visit of these experts to the Western Balkan capitals.

The event was opened and moderated by Jelica Minić, Vice-President of EMinS who briefly described the context in which the project has developed and the importance of the expertise coming from the civil society experts.

“The potential of the civil society is not enough underlined in the New Enlargement Methodology, and the future of the accession process should rely on the civil society and the democratic reforms in the countries. The expertise from the civil society should be used especially in the cluster Fundamentals” said Minic.

Zoran Nechev, Head of the Center for EU integration within the Institute for Democracy has also addressed the participants by giving broader context of the project and its goals.

“The main motivation behind the Think Balkans project is to establish permanent structure, a bridge for communication and coordination between the Western Balkans and Visegrad region” said Nechev.

The conference was also joined by Elvira Kovács, Deputy Speaker of the Parliament of Serbia and Head of the Committee for European Integration who emphasised the value of the different type of cooperation between the civil society and the institutions and also referred to the closed ties of WB with V4 countries.

In the second panel, the V4 researchers presented the results from their report. Marta Szpala, Senior Fellow at the Centre for Eastern Studies (OSW) from Warsaw has explained the Think Visegrad network upon which lies the establishment of the Think Balkans mechanism.

“The Think Visegrad platform facilitate a regular and structured dialog among think tank and the governments of the Visegrad countries on the issues of the strategic importance for the region and we believed that the same type of network can be established in the WB” said Szpala.

Jana Juzová, Research Fellow at the EUROPEUM Institute for European Policy in Prague detailed the V4 researchers’ experience during the study visit and addressed the different context in which Think Visegrad and Think Balkans have been established.

“While the Think Visegrad was established in a slightly different context than the Think Balkans, after 20 years of already existing political cooperation in the V4 format, it can still serve as an inspiration and aspiration for the WB6” said Juzova.

Ferenc Németh, Research Fellow from the Institute for Foreign Affairs and Trade (IFAT) in Budapest briefly presented the recommendations of the paper based on the study visit in WB6 capitals.

“Building trust and confidence, and strengthening local ownership are our main recommendations. It does not naturally happen overnight but the project is on a good way for achieving these goals” concluded Németh.

The guest speakers gave their impressions about the paper and the activities implemented and planned within the framework of the Think Balkans project. Petr Mareš, the Executive director of the Visegrad fund, Bratislava compared the establishment of the two platforms in both regions.

“It is very good to share our advice and experience but we must face the different circumstances of development of both regions. Nowadays we are facing much more complicated environment – political, economical and social. That is why the trust-building process between the experts and the institutions is so important and I encourage you to keep the focal communication points with the MFAs and to straighten them in the future” said Mareš.

Gjergj Murra, Executive director of the Western Balkans Fund, Tirana followed the discussion on the trust-building process between think tanks and the state institutions, but also the public itself and its importance for this project to succeed.

“As part of the civil society, think tanks operate in a policy environment with the public good as its ultimate beneficiary. The stronger the ties of think tanks/civil society and the public, the greater the guarantees of democracy”, said Murra.

Attila Pintér, Ambassador of Hungary to Serbia, has concluded the guest’ speakers with his overview on the regional cooperation in the WB.

“We see how important is the regional cooperation especially in the EU accession process, and just like V4 countries, WB can achieve more when it is working together”, said Pintér.

The final remarks were provided by Jelica Minić and Zoran Nechev who announced the upcoming events of the project including the conference in Ljubljana scheduled for 5 October 2021.

This project is financially supported by the International Visegrad Fund and implemented by IDSCS in coordination with the partners European Movement in Serbia (EMinS), Platforma CiviKos from Kosovo*, Politikon Network from Montenegro, Albanian Institute for International Studies (AIIS) from Albania, Humanity in Action from Bosnia and Herzegovina, Centre for European Perspective (CEP) from Slovenia, Centre for Eastern Studies from Poland (OSW), Institute for Foreign Affairs and Trade from Hungary (IFAT), the Research Centre of the Slovak Foreign Policy Association (RC SFPA) from Slovakia, and EUROPEUM Institute for European Policy (EUROPEUM) from the Czech Republic. 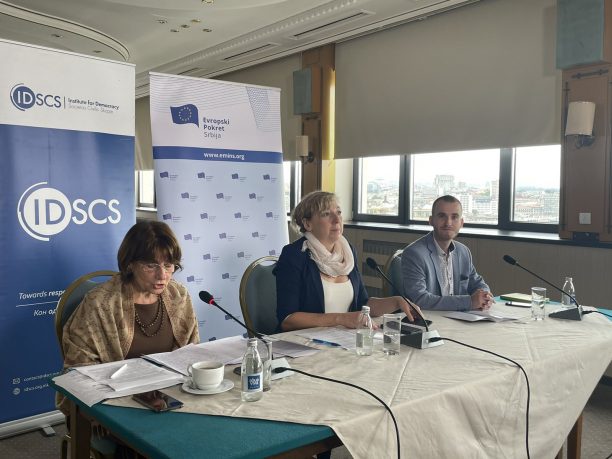 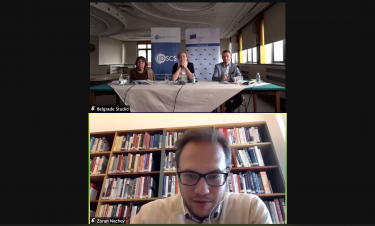 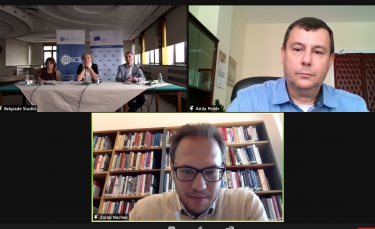 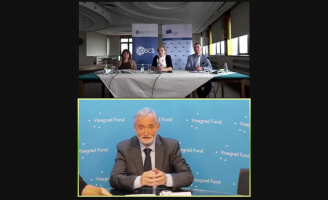 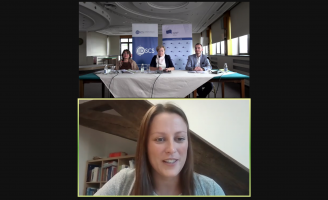 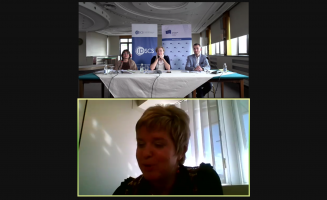