As part of the ‘Cooperation Instrument for the Western Balkans Think Tanks – THINK BALKANS’ project, financially supported by the International Visegrad Fund and implemented by the Institute for Democracy “Societas Civilis” – Skopje (IDSCS), in cooperation with the European Movement in Serbia (EMinS), Platforma CiviKos from Kosovo*, Politikon Network from Montenegro, Albanian Institute for International Studies (AIIS) from Albania, Humanity in Action from Bosnia and Herzegovina, Centre for European Perspective (CEP) from Slovenia, Centre for Eastern Studies from Poland (OSW), Institute for Foreign Affairs and Trade from Hungary (IFAT), the Research Centre of the Slovak Foreign Policy Association (RC SFPA) from Slovakia, and EUROPEUM Institute for European Policy (EUROPEUM) from the Czech Republic, between 6 and 10 September, IDSCS and AIIS coordinated the final round of on-site study visits by the Visegrad Group (V4) researchers to the Western Balkans (WB6) capitals.

Researchers from the Czech Republic (EUROPEUM), Hungary (IFAT), and Poland (OSW), together with their local WB6 think tank hosts and IDSCS as project coordinator attended meetings with representatives from the WB6 ministries of foreign affairs (MFAs), parliaments, civil society, and political parties. During the meetings, the participants and hosts of the study visits presented the goals, deliverables, and upcoming activities of the THINK BALKANS project and called for future political and financial support through IVF and WBF, necessary for the official establishment of the permanent mechanism for cooperation between WB6 expert community and WB6 MFAs.

In Skopje, the researchers were hosted by Mr Marko Troshanovski, President of IDSCS and Ms Anamarija Velinovska, junior researcher at IDSCS. During the study visit they met with Mr Dragan Tilev, State Counselor at the Secretariat for European Affairs and Mr Zoltan Marky, Hungarian Advisor to the Minister of Foreign Affairs, representatives from the think tank community actively working on regional cooperation and European integration as well as with Mr Dzenk Sejfula, Director of the EU Directorate and Ms Finka Serafimova Dushkov, Deputy Director of the EU Directorate within the Macedonian Ministry of Foreign Affairs.

In Tirana, the researchers were hosted by Ms Alba Cela, Executive Director of the partner organisation Albania Institute for International Studies (AIIS). During the study visit they had the opportunity to meet with Ms Odeta Barbullushi, Advisor for regional cooperation/ Berlin Process in the PM Office, Mr Ilir Melo, Director for Regional Affairs and Neighbouring Countries at the Ministry for Europe and Foreign Affairs and Ms Nensi Tushe, Representative from the Directorate for Regional Affairs and Neighbouring Countries. The researchers also met with representatives from the think tank community in Albania including Mr Arben Ramkaj, IRI and Mr Gledis Gjipali, European Movement Albania.

In Tirana, the researchers together with IDSCS as leading partner organisation were invited to the celebration of the 4th Anniversary of the Western Balkans Fund (WBF).

This final study visit concludes the activities of on-site visits to the WB6 capitals. The V4 researchers had the opportunity to directly speak and cooperate with the partners and the MFAs included in the Think Balkans consortium. The Albanian and Macedonian MFA warmly welcomed the researchers and expressed their commitment to the project and its outcomes. They heard first-hand about the cooperation between MFAs in Visegrad group of countries and the think tank community.  Additionally, common regional issues were discussed including the European integration of the region, Green Agenda, connectivity, Conference on the Future of Europe and other topics of regional matter.

As an output of this study visit, the V4 researchers are writing the short-term paper on the topic of “From Think Visegrad to Think Balkans: Lessons learned and recommendations”. 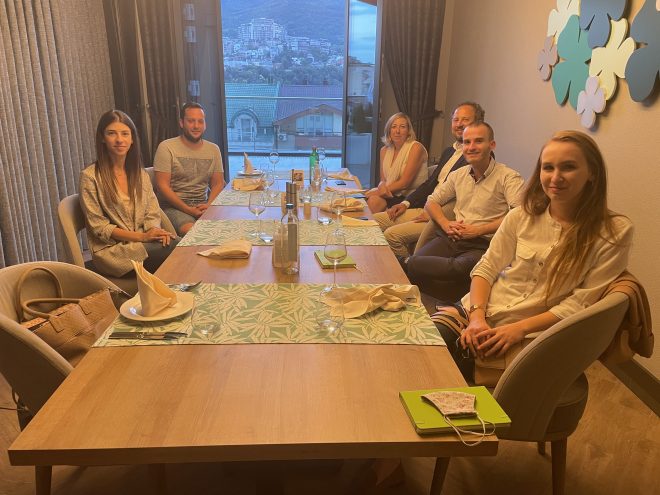 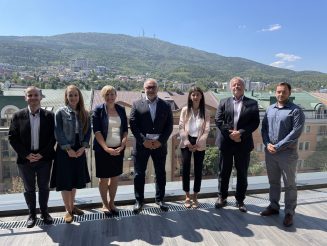 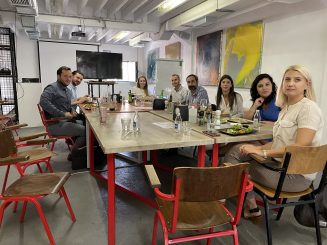 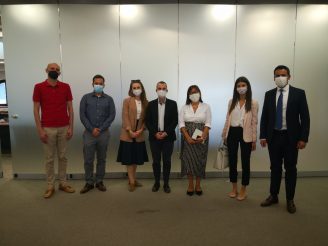 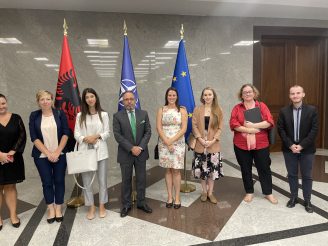 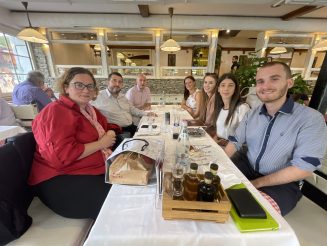 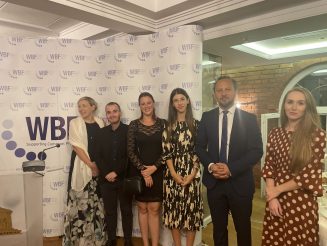 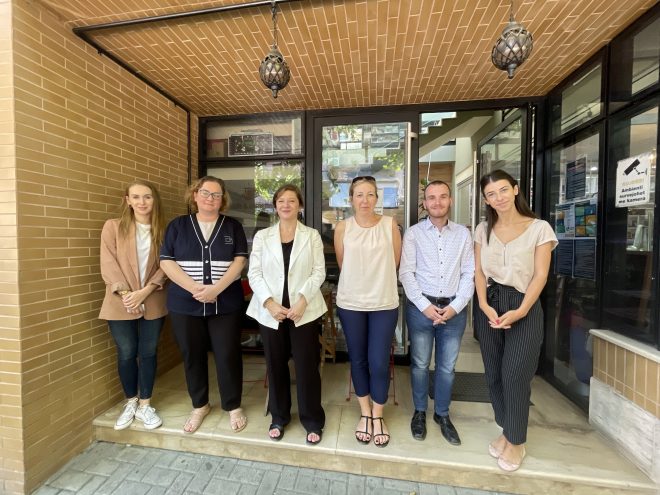