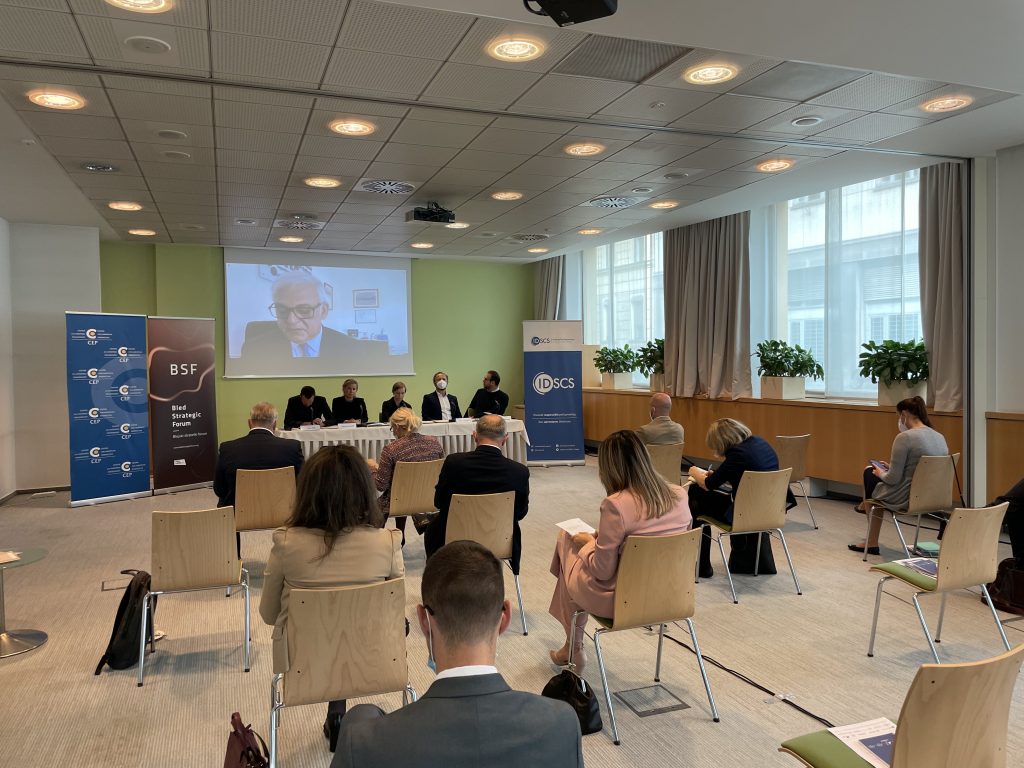 Institute for Democracy “Societas Civilis” – Skopje (IDSCS) and Centre for European Perspective (CEP) Slovenia organised the event “2021 Slovenian Presidency with the Council of EU, the integration of WB and the role of the Visegrad countries” on 5 October in Ljubljana, Slovenia as part of the Think Balkans project.

The welcoming remarks were delivered by Ms Urska Volk Kovacic, Head of Programme at the Bled Strategic Forum and Danube and representative of the Centre for European Perspective, Mr Gjergj Murra, Executive Director of the Western Balkans Fund (WBF), Mr Marko Troshanovski, President of the Institute for Democracy (IDSCS) and Mr Peter Grk, Secretary General of the Bled Strategic Forum and National Coordinator for the Western Balkans at the Ministry of Foreign Affairs of the Republic of Slovenia.

Kovacic welcomed the attendees and in her remarks she endorsed the Think Balkans project as a mechanism that contributes to the enlargement process of the Western Balkans.

“Think Balkans in particular is of a great importance for the enlargement process and it is a valuable project for the Centre for European Perspective (CEP) which was created with the goal of assisting Western Balkan countries on their road to the EU”, said Kovacic.

Murra emphasised the importance of setting mechanisms that will contribute to the on-going trust-building processes between institutions and think tank community in the region.

“Encouraged by the support and partnership relations of the project with MFA’s in the region, as relevant beneficiaries of your products, let me stress and highlight the advice for keeping as close as possible connections with the focal points in the respective ministries. I firmly believe that Western Balkans Fund may become the natural partner of the initiative, playing an essential role in developing think tanks and their cooperation in the region“, said Murra.

Troshanovski talked about the main motivation behind the project, the prospective goals and upcoming activities in the period to come.

“The idea of Think Balkans is to move towards a permanent mechanism, and the support and recognition we get from the donor side, as well the MFAs and our partners in the consortium, is very much encouraging. The mechanism aims to create more formalised and institutional platform that will bring the region closer”, stated Troshanovski

Grk stressed the importance of strategic importance of the WB for the future of the EU the enlargement process for the WB and positioning them as equal partners.

“There is a need for substantial transformation of the region, not just economic but social, better rule of law, protection of human rights, and this can only be achieved through active and serious enlargement process. The Slovenian presidency aimed towards bringing back the light, focus and strategic discussion on the region”, said Grk.

The first panel addressed the topic of European Union’s revised enlargement methodology and the future of the Western Balkan. Mr Dragan Tilev, State Counsellor for Support of the EU Membership Negotiations at the Secretariat for EU affairs and Associate Researcher at the Institute for Democracy (IDSCS), Ms Nedzma Dzananovic Mirascija, Professor at the Faculty of Political Science of the University of Sarajevo and Researcher at the Humanity in Action, Ms Jelica Minic, Vice-President of the European Movement in Serbia (EMiNS), Mr Tomas Strazay, Director of the Research Center of the Slovak Foreign Policy Association (RC SFPA) and Ms Jana Juzova, Research Fellow at the EUROPEUM- Institute for European Policy shared their perspective on the topic.

Each of the panelists addressed different aspect of the New or Revised Methodology and their perspective of its impact over the WB enlargement process. Tilev discussed the future of the New Enlargement Methodology and whether it will become the new hope for the WB or the labyrinth with no exit. Minic presented her perspective on how the New Methodology will reflect on Serbia accession process to the EU. Dzananovic talked about the impact of the revised methodology on Bosnia and Hercegovina which still has not achieved the candidate status. Strazay stressed Visegrad countries and Slovenia’s role in advocating for the WB in the EU enlargement process and representing them at the Conference of the Future of Europe. Juzova added to the opinion of Visegrad being the voice for Western Balkan in the EU but also emphasised that EU should perceive the WB beneficial in terms of geopolitics and security for the whole continent.

The second panel touched the topic of reinventing regional cooperation under decreased EU leverage in the Western Balkans. The topic gathered Mr Nikola Mumin, Executive Director of the Politikon Network, Mr Ledion Krisafi, Researcher at the Albanian Institute for International Studies (AIIS), Ms Donika Emini, Executive Director of the CiviKos Platform and member of the Balkans in Europe Policy Advisory Group (BiEPAG), Mr Zoran Nechev Head of the Centre for EU integration within Institute for Democracy (IDSCS), Mr Ferenc Nemeth, Research Fellow at the Institute for Foreign Affairs and Trade (IFAT) and Ms Marta Szpala, Senior Fellow at the Central European Department of the Centre for Eastern Studies (OSW).

The concluding remarks were delivered by Mr Marko Troshanovski, President of IDSCS. The panels were moderated by Mr Zoran Nechev, Head of the Centre for EU integration within IDSCS and Ms Ana Novak, Project Manager at the Centre for European Perspective in Slovenia.

You can see the whole video of the event here: 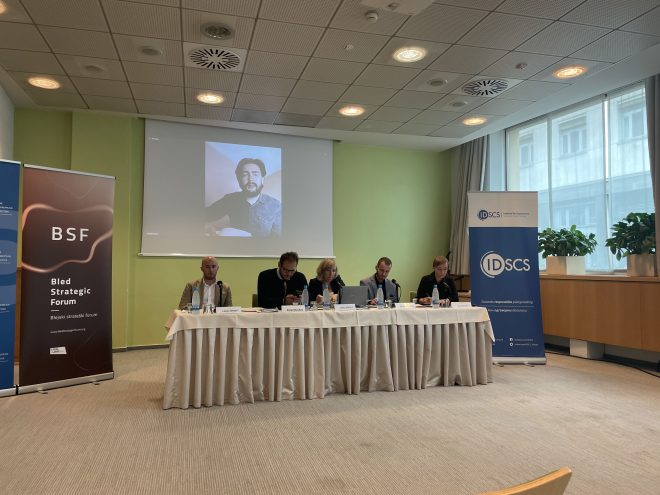 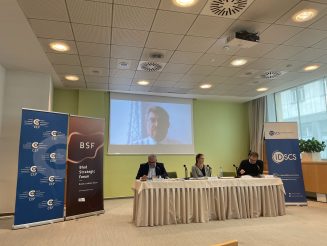 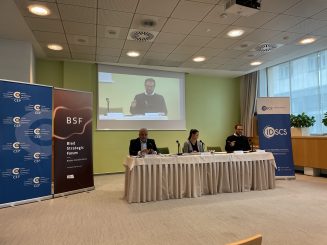 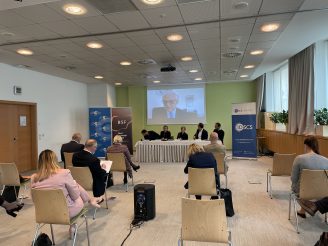 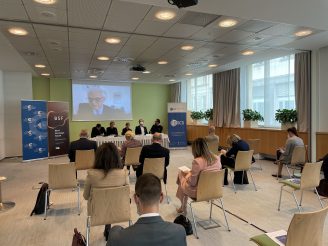 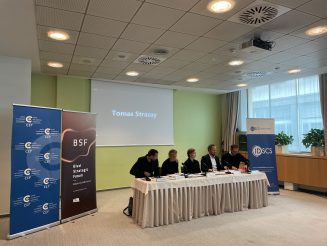 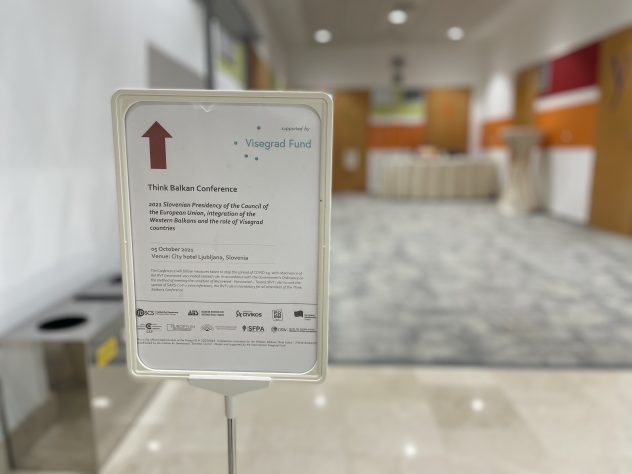 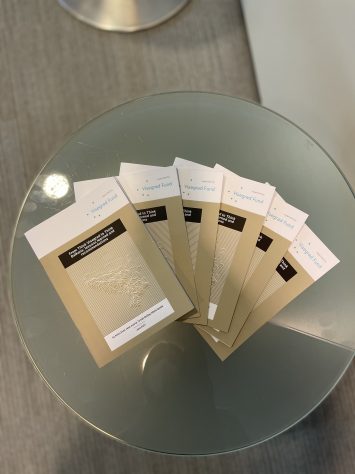 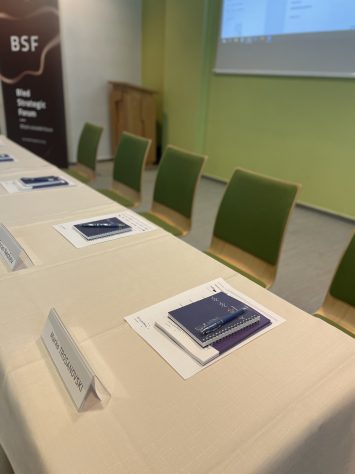 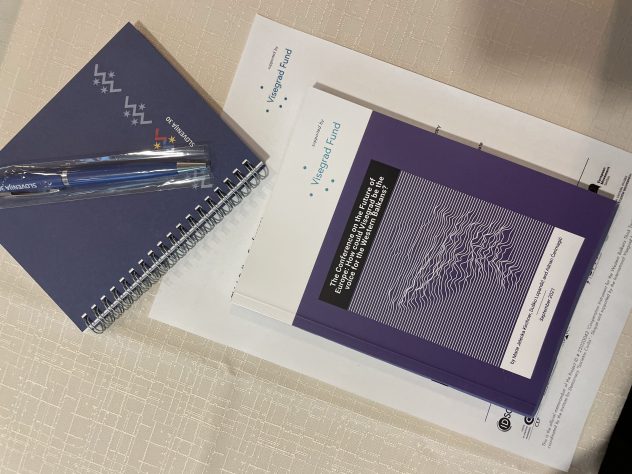 This project is financially supported by the International Visegrad Fund and implemented by IDSCS in coordination with the partners European Movement in Serbia (EMinS), Platforma CiviKos from Kosovo*, Politikon Network from Montenegro, Albanian Institute for International Studies (AIIS) from Albania, Humanity in Action from Bosnia and Herzegovina, Centre for European Perspective (CEP) from Slovenia, Centre for Eastern Studies from Poland (OSW), Institute for Foreign Affairs and Trade from Hungary (IFAT), the Research Centre of the Slovak Foreign Policy Association (RC SFPA) from Slovakia, and EUROPEUM Institute for European Policy (EUROPEUM) from the Czech Republic.