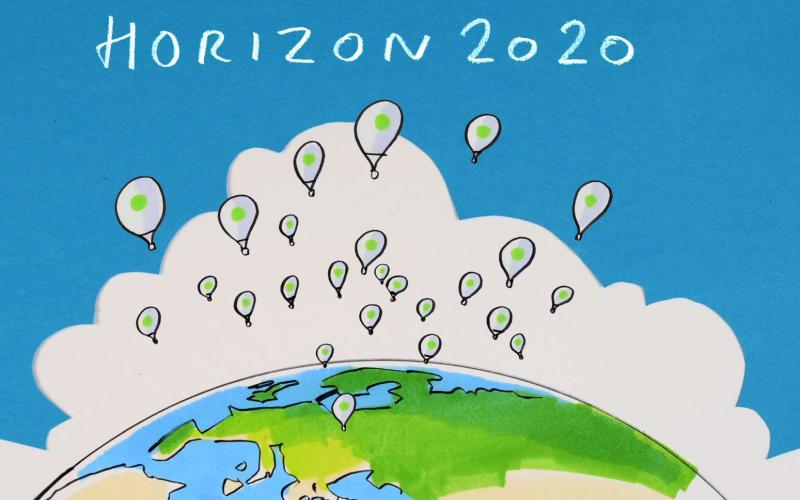 Institute for Democracy “Societas Civilis” – Skopje as part of a consortium of universities and organizations led by University College London is implementing an international scientific research project “INFORM: Closing the gap between formal and informal institutions in the Balkans “.

The main focus of this research is the interaction between formal institutions, many of which

have been created or undergone change as a part of the process of EU integration, and informal institutions in the process of the institutionalisation of EU rules and regulations in the Western Balkan societies. The key research question is to what extent the harmonisation and transposition of EU rules and regulations within the national legal, political and economic systems lead to substantive changes in practice and procedure or alternatively to what extent the imported rules remain “empty shells” with little influence in social life. Following Douglas North, in this research institutions are defined as “rules of the game in a society, or more formally, humanly devised constraints that shape human interaction” and that “taken together, the formal and informal rules and the type and effectiveness of enforcement shape the whole character of the game”. The primary goal is, by observation of the interplay between formal and informal institutions, to contribute to closing the gap between them, which has the potential to contribute to their better functioning and to more successful institutionalization of EU rules and regulations. Building upon the current state-of-the art understanding of the internal dynamics of Balkan societies that acknowledges the historic and political environment in which they have existed for centuries, INFORM will concentrate on exploring the role and functioning of informal institutions  in the current operation and well-being of the societies thus providing a basis to both “promote the understanding within the EU of the region, its history and challenges” as well as laying ground for “recommendations on how to further enhance their effectiveness for the benefit of both the Balkans and the EU”. INFORM will address the question of informal institutions, practices and organisations in three main research directions: political, economic, everyday life and two cross-sectional issues of corruption and interethnic relations, and further cross-cutting through socio-economic and democratic development, identity politics, challenges of state building, linguistic and cultural diversity, ethnic conflicts as well as gender equality and migration.

The INFORM project is funded through the European Union’s prestigious program for research and innovation, Horizon 2020. Other partners on this project are Centar for Empirical Cultural Studies of Southeast Europe from Serbia, University of Maribor from Slovenia, Rīga Stradiņš University from Slovenia, Social Research Kosovo from Kosovo, Center for Intradisciplinary Social Applied Research from Bosnia and Herzegovina, Center for Historical and Anthropological Research from Albania and the Institute of Ethnology and Folklore Research from Croatia. The project will be implemented from April 2016 till March 2019 with a total budget of 2 486 331 EUR.

This scientific project which is of multidisciplinary character will employ a mixed-method research design in order to approach its research topics in methodologically different ways. Nationally represenative face-to-face surveys will be conducted in Serbia, Bosnia-Herzegovina; Macedonia, Albania and Kosovo and Montenegro. Taking into account the bottom-up approach which is used in this project, the research will include ethnographic work, 220 semi-structured interviews with survey respondents, over 30 interviews with policy makers (6 from EU and 4 from each of the 6 WB countries) in each of the Balkan countries which are a subject of this project. Furthermore, a number of case studies and secondary data analysis on relationships between formal and informal institutions, as well as issues related to corruption and inter-ethnic relations (in the spheres of politics, economy and everyday life) in different Western Balkans countries, will be conducted. Before the research, thorough theoretical-methodological preparations will be conducted.

As a result of the INFORM project, the partners will produce a database with 6,200 survey respondents, a database with 250 interviews, 3 e-published reports on the ethnographic research, 3 e-published reports on the case studies, 3 e-published yearly newsletters on project activities and results, 6 reports on consultative workshops with representatives of the national offices for European integration in the countries of the Western Balkans and in Brussels, joint conference declaration from a conference with representatives of the national offices for EU integration from the Western Balkan countries, representatives of Croatian and Slovenian experts on EU integration and representatives of the DG Enlargement office, 4 scientific papers published in leading European scientific journals, 6 policy papers related to the implementation of EU rules and directives and measures needed towards the alignment of formal and informal institutions in each of the countries of the Western Balkans, a study in which theoretical project results will be published and a study in which policy measures related to the institutionalization of EU rules and directives in post-communist countries will be presented.

Events connected with the project