Five public debates held on prevention of conflict of interests 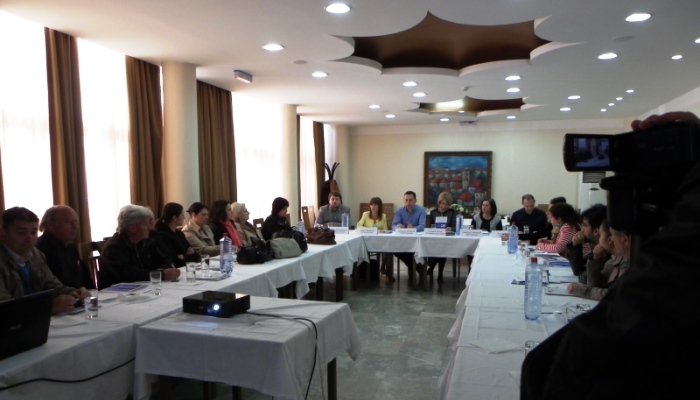 During April 2015 as part of the project “CSOs Watchdog Network to Prevent Spoils and Conflict of Interests in the Public Administration” five public events were held that aimed to enhance the public debate on the issue of prevention of spoils and conflict of interest in the public administration. On the events, the main findings of studies made by the CSOs-grantees of the project and the members of the CSO Network for Prevention of Spoils and Conflict of Interests were presented. Beside the participation of representatives from CSOs Network-members, on these events representatives from the local self-government units, public enterprises, and other national and local associations of citizens that work in the field also took part. During the events representatives from the project have presented the main project activities, results and outputs.

During the public debates the goal of the Network was affirmed once again for more decisive participation of the civil sector in prevention of conflict of interests and corruption in the public administration. The findings of the studies prepared by the grantees of the project and conducted in the period of July – October 2014 were presented. Although these studies were initially presented to the public by the grantees at the end of 2014, in this occasion the organizations had the opportunity to compare their findings and conclusions that evaluate the ‘state of affairs’ in different municipalities of the Republic. The representatives of the local self-government units and the public enterprises have presented their experiences and practices in the field of prevention of spoils and conflict of interests. Those speakers that represented civil organizations that are not members of the Network, presented their own findings and conclusions from past research activities. The public debates have provoked great interest from the local media, members of local CSOs, experts, as well as from the representatives of local self-governments and citizens.

On the debate held in Tetovo the following speakers took part: Goran Gjorgjievski from the Community Development Institute, Tetovo; Dushko Todorovski from the Association for Development Initiatives – “Zenith”, Skopje; Rahela Simeonova Meneva, from the Organization of Woman of the Municiapality of Sveti Nikole and Monika Veljanovska from the Association for Democratic Initiatives, Gostivar.

In continuation we present the materials from the debates (in Macedonian), as well as photos.

Five public debates held on prevention of conflict of interests