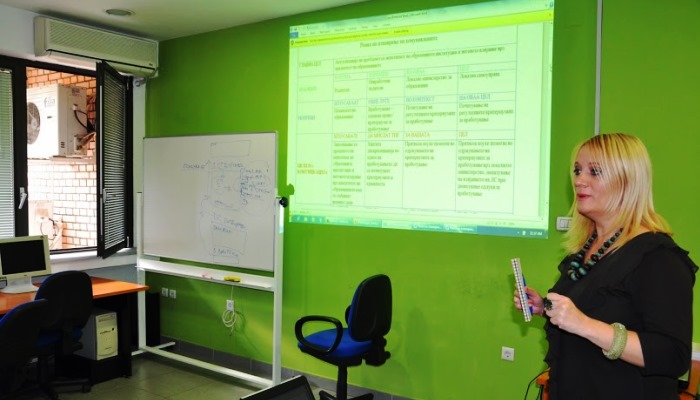 On 20th and 21st of October 2014, activists from eight civic organizations, as part of the project “Civil Network for the prevention of conflict of interest in public administration,” were trained in advocacy and public communication skills. The training will help the representatives from: IRZ, Multikultura, Ohrid Institute, RCOR Kratovo, Inventivnost Radovis, JEF Macedonia, Proect EU and Institute for Democracy to promote the findings from their research on conflict of interest and corruption in the public administration at local level.

The training were conducted by lecturers from the Macedonian Institute for Media, which along with the Institute for Democracy and the Ohrid Institute, are partners on this project.

The lectures referred to communications planning, creation of strategic framework, communicating messages to target groups, structure and organization of public presentations. The civic activists were also trained in communication with the media, web activism and writing for the web, and each topic was followed by practical exercises and discussions.