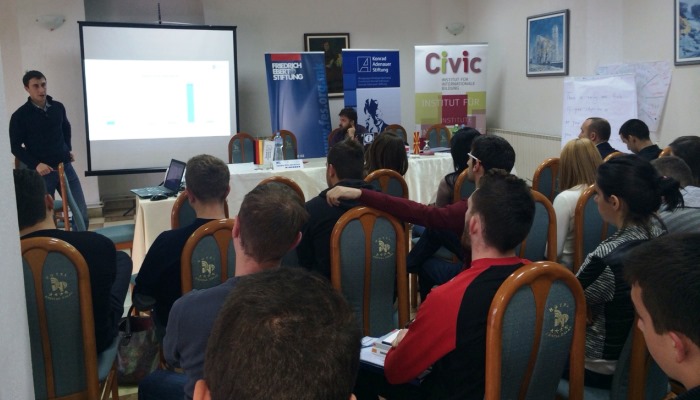 Which are the crucial characteristics of the deliberative democracy, what are the last findings about the quality of debate in the Assembly, and what are the possibilities to improve the quality of political discussion and therefore to increase the quality of public policies? These were the topics, on which last weekend the Institute for democracy ‘Societas Civilis’ – Skopje (IDSCS) held a training for the youth representatives of the largest Macedonian political parties, within the political academy organized by the foundations ‘Konrad Adenauer’ and ‘Friedrich Ebert’ in Krusevo.

Мembers of the youth organizations of VMRO-DPMNE, SDSM, DUI, DPA, GROM, NSDP and DOM were introduced with the findings of the monitoring of the quality of parliamentary debates in the last 3 months. The participants were also acquainted with the main criteria of the Discourse Quality Index (DQI index) which is the main tool for monitoring the parliamentary debates. Referring to the results and the general political atmosphere in the parliament in the period when the monitoring was performed, the attendants discussed about the possibilities and conditions for improving the quality of political debates referring to the common good. The participants pointed to several elements as key points which can lead to more constructive debates as:  the need to refrain from offensive and inappropriate speeches, better and wider argumentation of the positions by the debaters and the need for greater openness to compromise.

The training for the youth representatives of the largest political parties is part of the project “Parliament watch!  Strengthening political debate and deliberative discourse”  and was held within the academy “Politics and bargaining – How to deal with interests and compromises in Politics” organized by the foundations ‘Konrad Adenauer’ and ‘Friedrich Ebert’ in Krusevo. 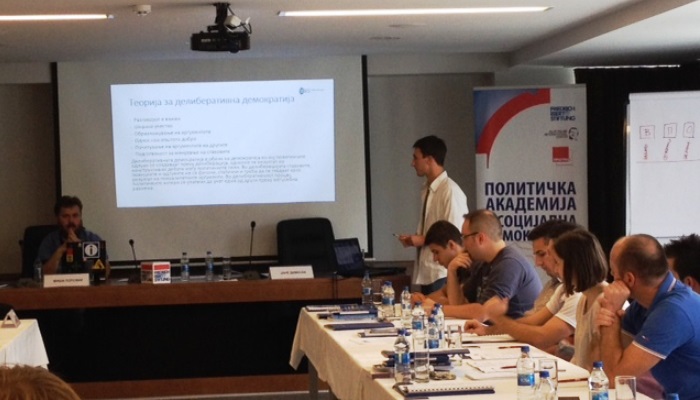 IDSCS last month also held a similar training for the members of youth organizations of political parties within the political academy of the ‘Friedrich Ebert’ Foundation held in Dojran.