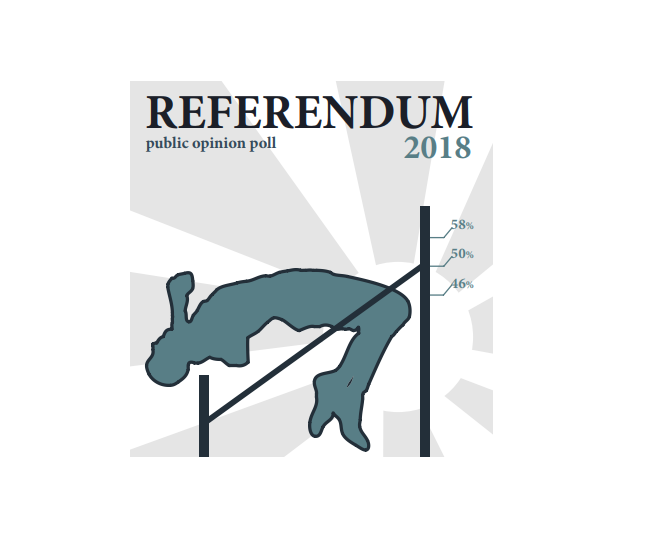 The report “Referendum 2018 – Public opinion poll in Macedonia” presents and analyze the views of the public in Macedonia regarding the upcoming referendum on the agreement reached with Greece on the name dispute. The results are obtained through face-to-face public opinion poll constructed by TV Telma, MCIC and IDSCS and conducted by the agency M-Prospect in the period from 07 to 25 August 2018.

The report contains introduction, methodology, findings regarding the turnout of the referendum, followed by the opinions of the respondents (for / against), as well as the reasons that citizens cite about their choice, a chapter with views on support on specific issues related to the referendum, and conclusions.

The survey should contribute to a wider and more informed public debate on the name dispute and the agreement with Greece, which will include all relevant stakeholders.

The report is available on the following link: