On 12 December 2013 in the National and University library “St. Clement of Ohrid”, the Konrad Adenauer Foundation and the Institute for Democracy SOCIETAS CIVILIS Skopje (IDSCS) hosted the round table: “Ethnic conflict: new perspectives of the old reality”. The event promoted the 44th edition of the quarterly magazine Political Thought together with the book “Cultural identities in politics – some aspects of multiculturalism” by the author Ana Cupeska, published by the Konrad Adenauer Foundation. 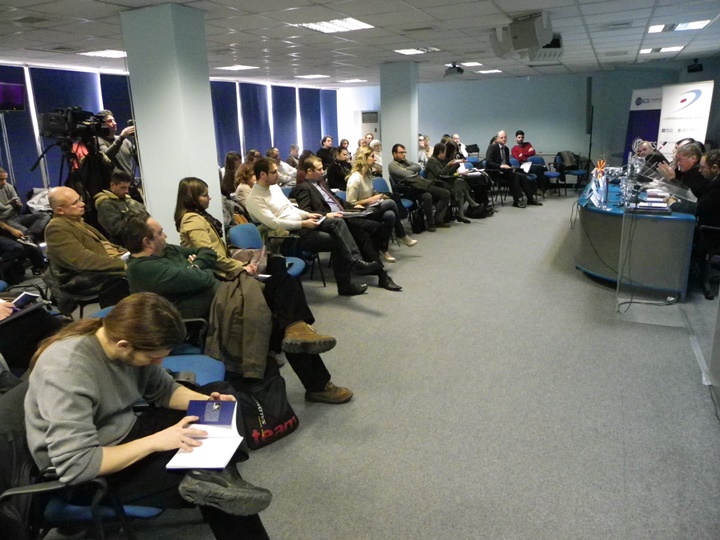 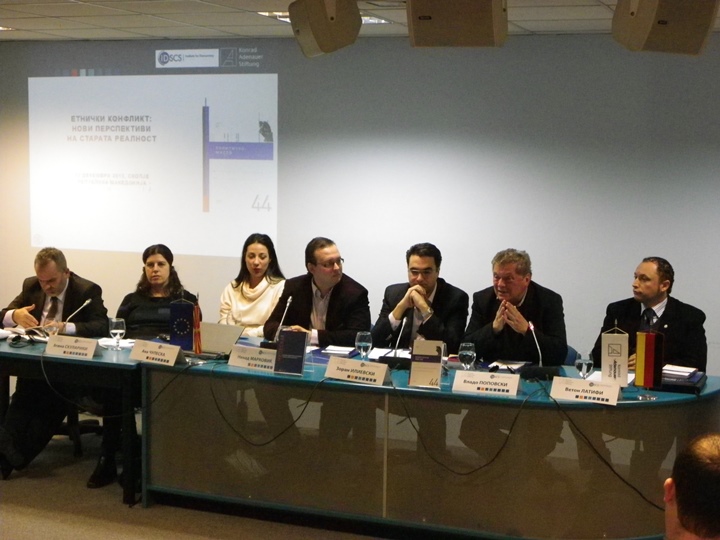 The 44th edition of Political Thought, titled “Ethnic conflict: new perspectives of the old reality” contains 18 papers from domestic and international authors that deal with ethnic conflicts from different perspectives. IDSCS’s researcher Jovan Bliznakovski is also contributing to this edition with the paper titled: “Symbolic aspect of nation-building: the story of three versions of the Preamble of the Macedonian Constitution”. 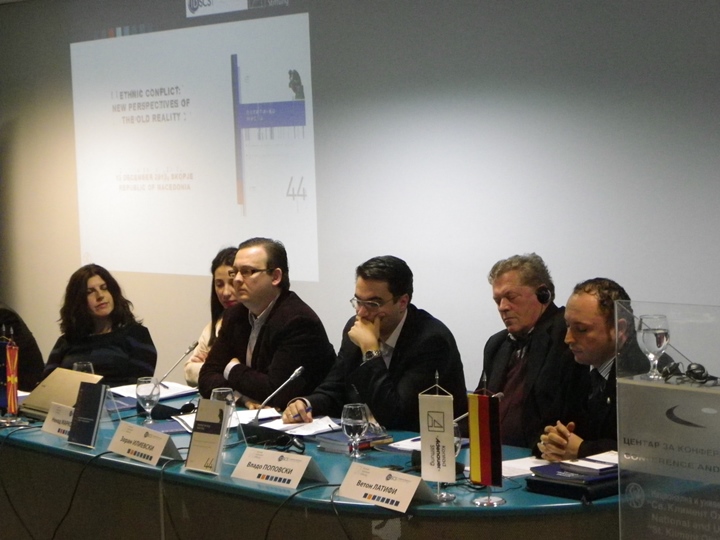 The full 44th edition of Political Thought can be downloaded here: http://idscs/political%20thought%2044.pdf.