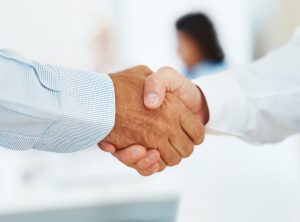 The Centre for Good Governance aims to promote and work on initiatives to encourage and establish the principles of good governance in the functioning of the political system and in social life.
The Institute for Democracy shall follow the principles of good governance set by the United Nations Organization as follows: – Participation
– Rule of law
– Transparency
– Responsiveness
– Consensus- oriented
– Equity and Inclusion
– Effectiveness and Efficiency
– Accountability
The Centre for Good Governance will meet its objectives through research activities – data collection, monitoring, analysis – and advocacy activities – proposals for public policies, promotional activities and actions towards political, government, public institutions and the general public. The Centre for Good Governance will ensure that the IDSCS applies these principles and acts in accordance with the assertion “practice what you preach”.

The main thematic areas of the Centre of good governance include: the process of making public policies, the functioning of the legislative and executive authority, anti-corruption policies, policies on transparency and open data, informal political and social relations, elections and electoral politics, multicultural policies, decentralization and political culture.

The Center for European Integration (CEI) aims to promote and work on initiatives and projects to support, monitor, research and evaluate the process of joining the Republic of Macedonia in the European Union. In pursuit of this goal, the Center is committed to actively involving all socio-political actors and stakeholders in the process. Also, the Center acts in the direction of promoting the regional cooperation between state and non-state actors from the Western Balkans.

At the European level, CEI’s work is aimed at raising the cooperation with renowned analytical centers and universities of the Member States of the European Union on current and relevant topics related to the functioning and future development of European institutions.

Areas in which CEI works are 1) the Berlin Process; 2) monitoring the Government’s reform agenda; 3) monitoring the public opinion about the process of state accession to the EU; and 4) the policy of enlargement and conditionality of the European Union.

Beginning in 2016, CEI, together with partner organizations from the Western Balkan region, systematically monitors and analyzes areas and policies related to the Berlin Process. In March 2018, IDSCS with eight partners and researchers from the Western Balkans established the Southeast European Think Net Network – the first regional network to monitor the development of the Berlin Process.

Since 2017, CEI at IDSCS is following the reform agenda of the Government of the Republic of Macedonia through constant monitoring of the key governmental reform plans and programs, as well as the package of reforms that the state should deliver in the process of joining the EU.

The Center is specialized in the policy of enlargement and conditionality of the EU. The Center participates in projects and activities, but also works on preparation of academic papers and public policy documents that analyze this policy and its practical application.

Center for Parliamentary Support and Democratization

The Center for Parliamentary Support and Democratization (CPSD) aims to promote and work on initiatives, projects and programmes to support, monitor and evaluate the work of the Assembly and other democratic institutions in the Republic of North Macedonia, through research and advocacy in the field of democracy and democratization, for more accountable, responsive and representative institutions.

In fulfilling this goal, the CPSD strives for active involvement of all socio-political actors and stakeholders in the process. Moreover, CPSD acts in order to promote the cooperation between state and non-state actors in North Macedonia, as well as the involvement of the most important international actors whose interest is the process of democratization of the country.

Areas in which CPSD works and upgrades are 1) Support, monitoring, and evaluation of the work of the Assembly; 2) Public and open discussion on elections and electoral policies; 3) Promoting the cooperation with the civil society organizations in the country, the region and abroad on the topic of parliamentary democracy; 4) Strengthening the capacities of the Assemby for its involvement in the processes of European integration of the country; 5) Research, addressing and advocating in the area of good governance and democratization, including multiethnic policies and practices, as well as populism and authoritarian tendencies.

The Center for Parliamentary Support and Democratization was officially established in January 2019, following the long tradition of the Institute for Democracy focused on the Assembly of the RNM and the process of democratization of North Macedonia. CPSD continuously promotes and develops its work in order to support the development and consolidation of democracy and democratic institutions in the country.

Apart from the active participation in projects and activities, CPSD also works on the preparation of studies, research products and public policy documents that analyze the political system of RNM in more detail.