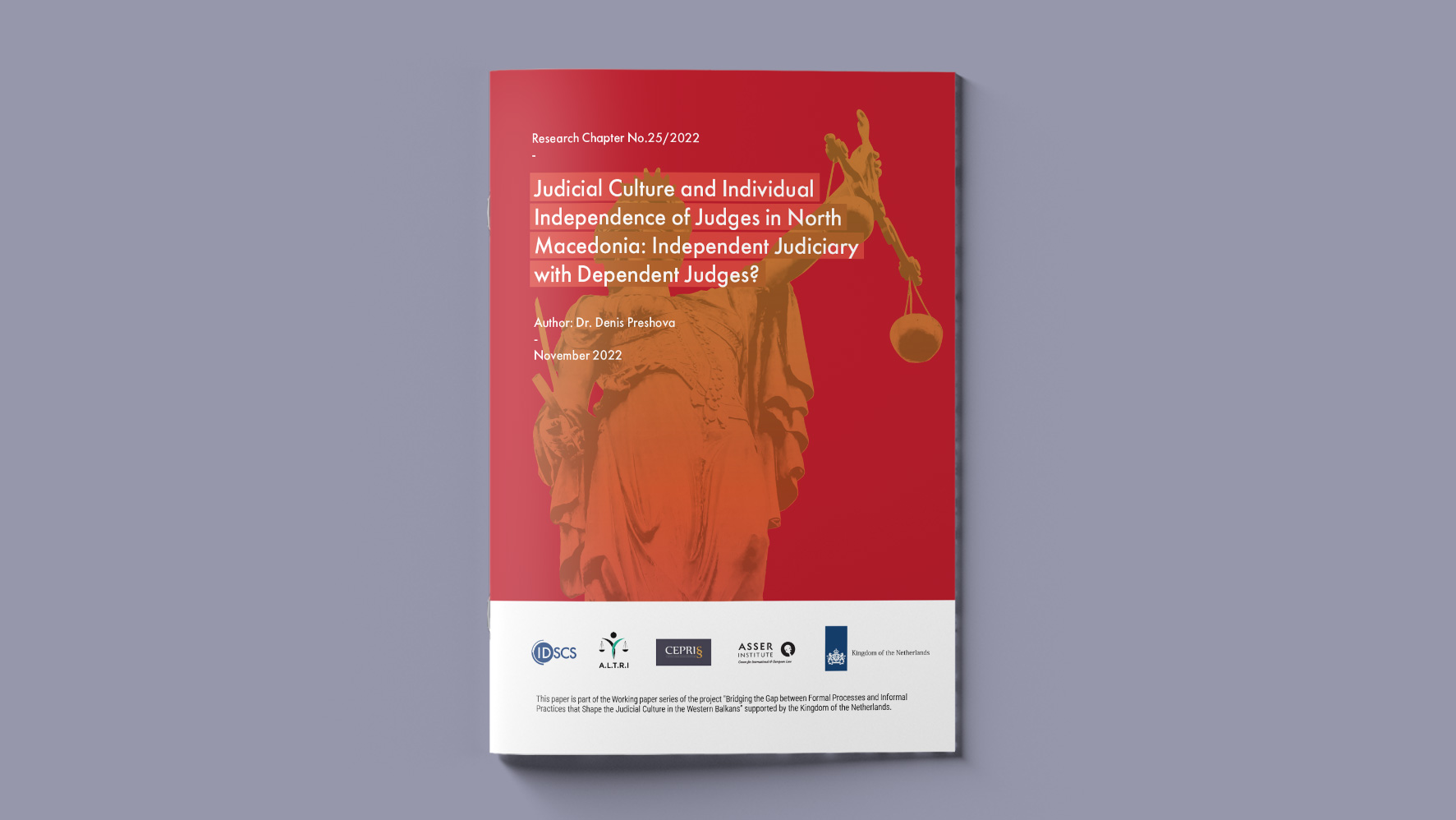 The establishment of strong judicial councils within the framework of the European model of judicial independence seems to be strongly anchored to the assumption that the introduction of this form of judicial self-governance through judicial councils would inevitably secure individual independence of judges. This might be one of the reasons why the debate on judicial independence so far has largely focused on the external threats to the judiciary and its independence from the institutional or the structural perspective. Individual independence of judges seemed to be of secondary importance, in the sense that a properly established judicial council with properly designed rules and procedures would simply suffice to safeguard individual independence. Nevertheless, the abstractly designed models and standards by international organizations and the fact that the EU has emphasized the institutionalist and structural aspect of judicial independence have not taken into due consideration the informal practices that are also shaping the dominant judicial culture. Unless independence represents a dominant feature of the judicial culture and judges are unwilling to protect their independence, no institutional solution could bridge the existing gap between the coveted self-governance and the lack of genuine willingness among judges to govern themselves truly independently. Consequently, it has been observed that such blind spots in the respective models have brought about a situation in which the judiciary and the judicial governance are separated, but not independent from the other two branches of power.

Turning to the often neglected individual aspect of judicial independence, one can also find a gap between the institutional or structural dimension of judicial independence, on the one hand, and its individual dimension on the other. Namely, the implementation of the European model has achieved judicial independence at a structural level, at least in terms of formal rules, however at the individual, as well as the informal level there are dependent judges with a judicial culture characterized by fear, distrust, and apathy. Accordingly, the existing gap, also in this case, between the assumptions or expectations and the actual practice, basically mirrors the gap between the formal rules and informal practices, the latter influencing the inadequate or deficient implementation of the formal rules. Ironically, it could be argued that the judges themselves, who are sitting in the judicial council, are also negatively affecting the individual independence of judges through inadequate application of the formal rules. This comes as a result of the remnants of the socialist legal tradition that take up a considerable chunk of the existing judicial culture, such as textualism and formalism, often instrumentalized to serve particular interests of political and judicial elites.

At the same time, the rapid increase in cases before the European Court of Justice and the European Court of Human Rights involving violations of rights of judges in specific procedures that involved them, especially disciplinary procedures, is testament to the increasing relevance of such procedures in light of the individual independence of judges as a crucial aspect of overall judicial independence. The fact that many of these cases involve countries from Central and Eastern Europe with a socialist past points to the broader concern raised, with an obvious gap between formal rules and informal practices. North Macedonia, as a paradigmatic case, seems to confirm that such a conclusion is equally applicable to the Western Balkan countries. But, how does this separate, but not independent judicial governance give rise to another paradoxical situation of having an independent judiciary with dependent judges, and how is this manifested in North Macedonia?

This paper tackles these questions by analyzing the fourth dimension of judicial culture in North Macedonia related to the individual independence of judges. It is by looking into three separate procedures that the main arguments will be presented, shedding light on the practical aspects of judicial culture as seen through judicial accountability, judicial selection and promotion and evaluation of judicial performance. In this way, the paper will provide additional support to the arguments and conclusions drawn on the previous three dimensions of the judicial culture in North Macedonia discussed within the framework of this project. However, before discussing certain features and deficiencies of these procedures, the next section will present the scope and methodology employed. At the end of the paper the main conclusions and recommendations will be outlined.