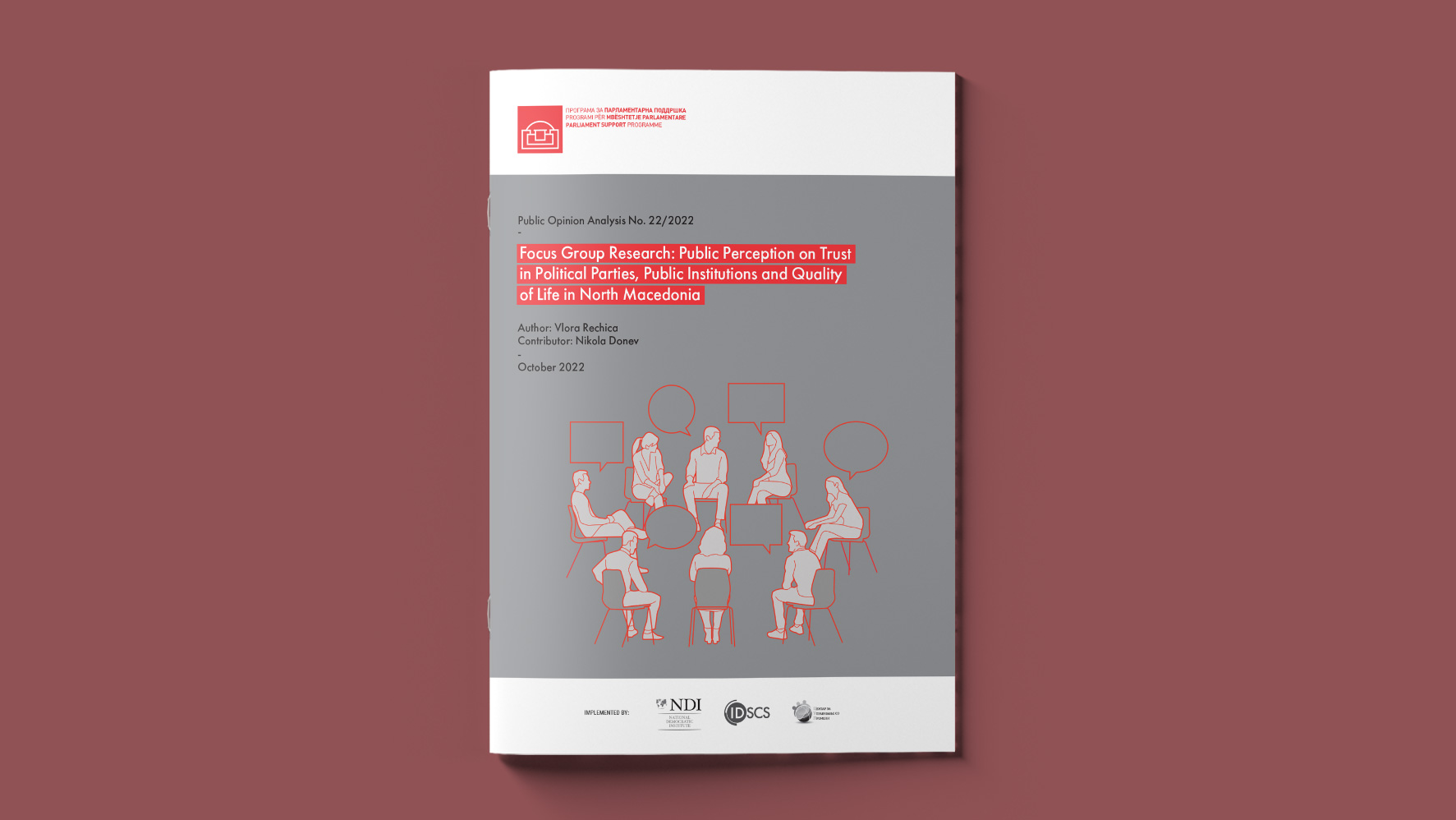 Some recurring themes could be identified in all eight focus groups, which serve to understand the general opinions of the citizens expressed in the annual survey. Almost all participants were concerned by partisan politics and the divisiveness caused by political parties – “among us, we will say he’s a traitor, the other a patriot, but they will continue with their agenda” (Male, Ethnic Albanian, Kumanovo, 51-65), or as one young participant from the same group shared “they rule us while dividing us into Albanians and Macedonians… while we have the same problems” (Male, Ethnic Macedonian, Kumanovo, 18 – 30).

For most participants, political parties are mainly concerned about their agenda and interests rather than the general good and the wellbeing of the citizens – “… the largest part of political party members only want to get to functions, jobs, pay… absolutely no initiative to do anything” (Female, Ethnic Macedonian, Shtip, 51-65).

You can read the report here: