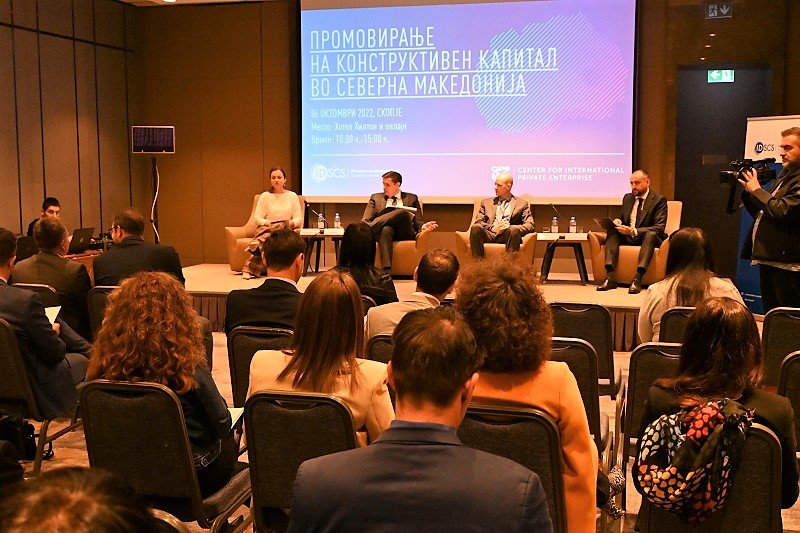 The event was opened by Ivana Najdoska, Program Director at the Institute for Democracy, John Kay, Program Officer for Europe and Eurasia at the Center for International Private Enterprise (CIPE) and Jarek Buss, Economic Officer at the US Embassy in North Macedonia.

Najdoska said that the establishment of the Foreign Direct Investment Mechanism is of great importance, especially now when there is a war on the European continent, when sanctions are introduced by Western countries, the EU, including North Macedonia, towards Russia.

“However, it is even more important how it will be implemented, because the instrument for protecting the standards of the Macedonian market can easily become an instrument for corruption,” she pointed out.

Speaking about corrosive and constructive capital, Kay emphasized that corrosive capital are investments that lack transparency, accountability and good governance and have the effect of undermining the rule of law in the country.

“Macedonian geography and political position can represent a real opportunity to attract constructive investments in the economy,” believes Kay.

According to Buss, investment screening represents taking responsibility for the future, and when implemented successfully, it will demonstrate a determination to prioritize long-term prosperity over short-term comfort, while also being a sign of political maturity and responsible governance.

“The citizens of North Macedonia want zero tolerance for corruption and an end to the party patronage. Progress is a long way. Although there is no single magic solution, I want to emphasize that institutions are of crucial importance. Strong and independent institutions will be resistant to those who want to abuse the system. The fight against corruption starts with a commitment from the top down and with zero tolerance for abusing the system,” emphasized Buss.

The conference was also addressed by Fatmir Bytyqi, Deputy Prime Minister in charge of economic issues, coordination of economic sectors and investments, who emphasized that we should implement all the reforms that follow after we started the negotiations with the EU, but also that they should followed by a change in the habits and consciousness of everyone in society.

“At this conference, you open topics that will mean a change in our awareness. The topics of the publications that are being promoted today touch upon the regulations that North Macedonia will have to comply with in the coming period. The war in Ukraine directed the focus of the Union towards policies that should ensure the safe and smooth functioning of the economy, and here the FDI screening mechanism is of particular importance. This regulation is also part of the strategic dialogue with the United States and the government is ready to act on it,” said Bytyqi.

The conference continued with the panel discussion on the topic “The mechanism for checking foreign direct investments in North Macedonia – Why and how?”, which was addressed by Zoran Jovanovski, Economist, Viktor Mizo, Director of Kostal Macedonia, and Dragan Tilev, State Counselor for European Policies and Coordination at SEP and External Associate at IDSCS.

The last panel discussion was on the topic “Pitfalls and challenges: How to integrate national companies into European supply chains?” addressed by Silvana Mojsovska, Professor at the Economics Institute at University Ss Cyril and Methodius, Johannes Heidecker, Adviser at the Office of the Prime Minister of North Macedonia, Zlatko Veterovski, Director of the Sector of International Cooperation within the Customs Administration, Avram Stojchevski, Plant Manager of Van Hool Macedonia and Marta Naumovska-Grnarova Director of Zavar Design.

You can read the publications that were presented at the event at the following links: 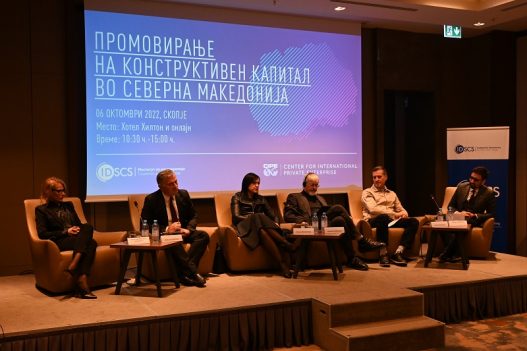 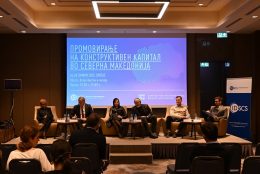 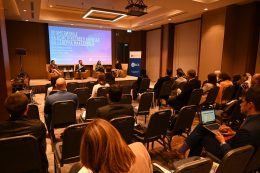 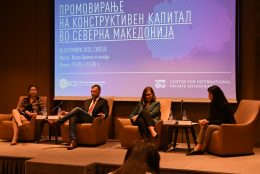 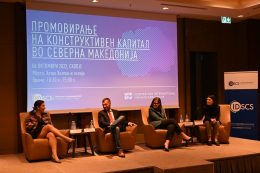 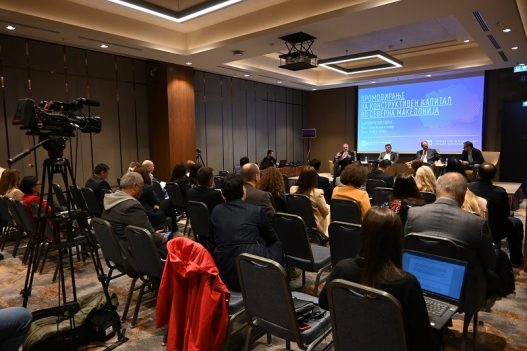 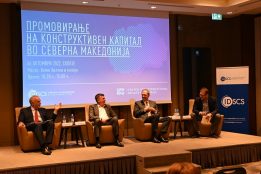 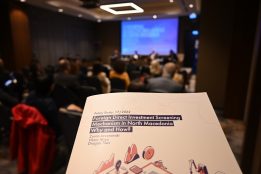 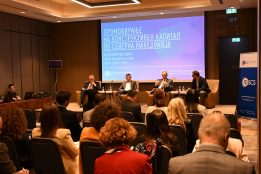 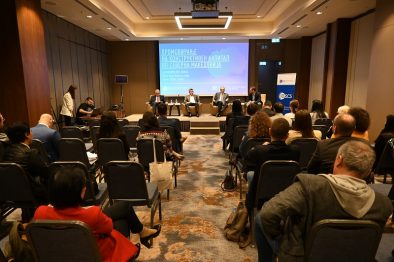 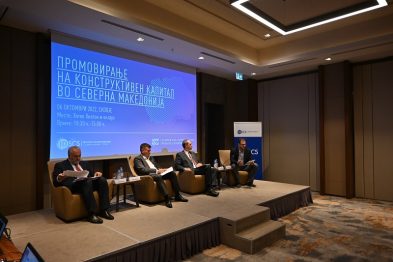 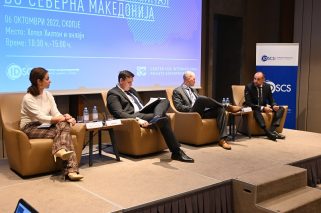 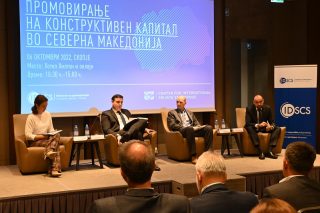 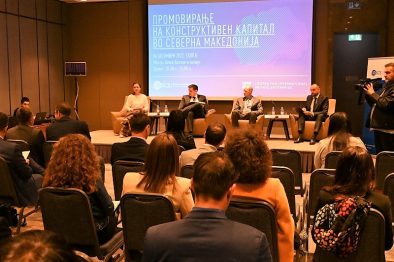 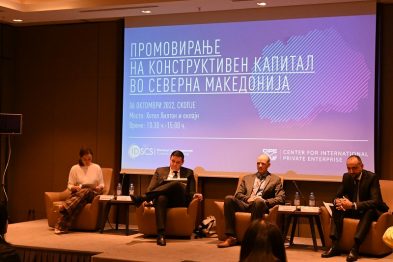