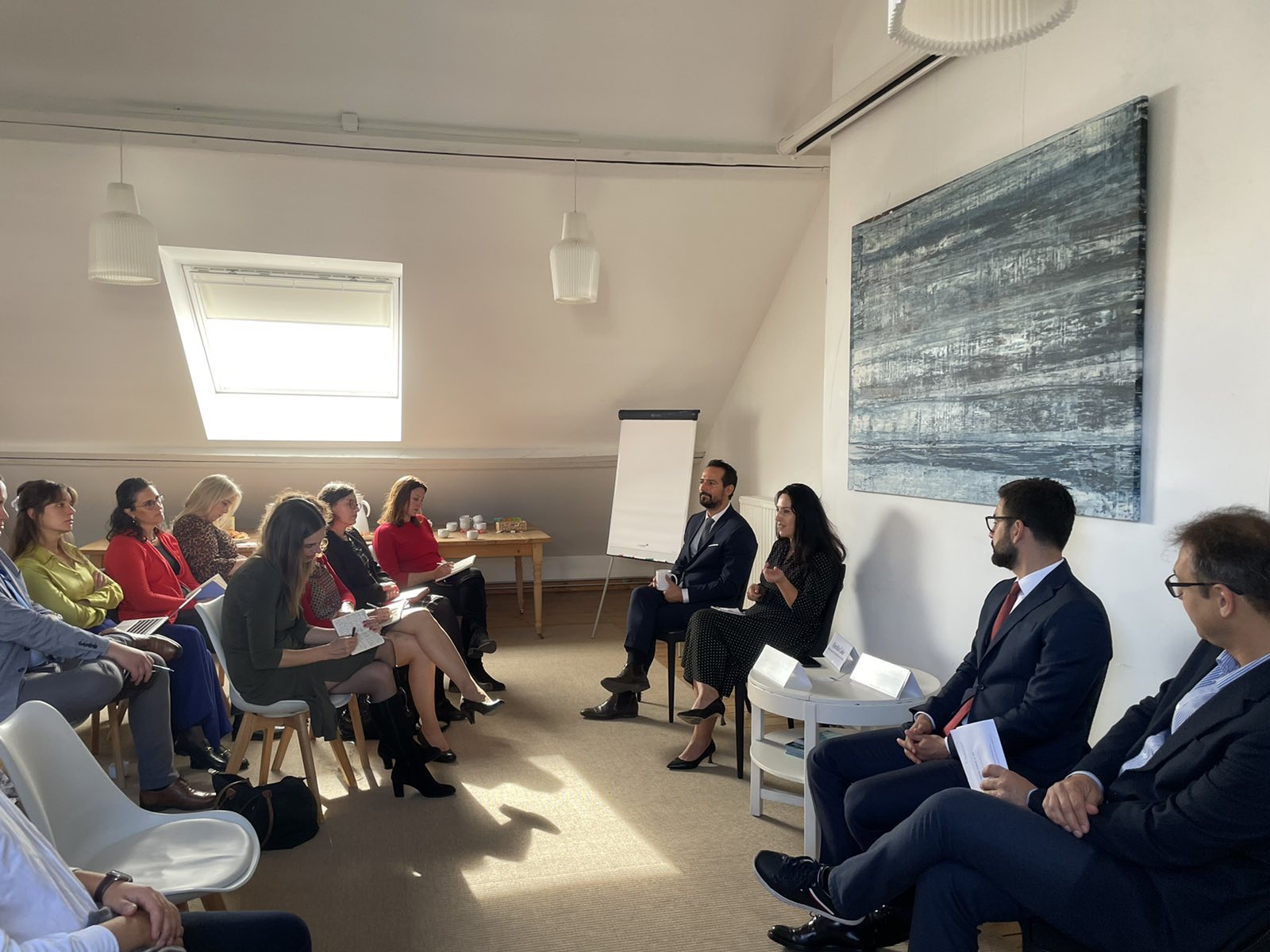 The Institute for Democracy (IDSCS) and EUROPEUM Office in Brussels organised the event “Europeanisation of the Judicial Culture in the Western Balkans” on 22 September 2022 in Brussels, Belgium.

The conference aimed to promote the findings of the regional research on rule of law issues in the Western Balkans with special emphasis on the judicial culture in North Macedonia, Albania and Serbia, and to discuss the EU’s approach in addressing judicial culture in the Western Balkans in light of the recent development in the enlargement policy.

The event was opened by Ziga Faktor, Head of EUROPEUM Brussels Office. The welcoming remarks were delivered by Zoran Nechev, Head of the Centre for EU integrations within IDSCS, Tamara Katuscak, Representative of the Czech Presidency of the Council of the European Union and Janna van der Linder, COWEB/COELA representative at the Permanent Representation of the Kingdom of the Netherlands to the EU.

Nechev, welcomed the attendees and the speakers and shared information on the project itself and the background of its design.

“The core of the project is the judicial culture, which was also recognised in the Communication by the European Commission as a substantial policy area crucial in internal reforms. The findings address different dimensions with the aim to create recommendations that would influence towards systematic way of institutionalisation and Especially of the judicial culture”, said Nechev.

Katuscak focused on the priorities of the Czech Presidency with the Council of EU, the enlargement process and its impact on reforms.

“The enlargement policy is high on the EU agenda, and we would all like to see this agenda moving up, however, the progress depends on the WB partners. The research of this project is very important because the progress depends on multiple factors, but mostly on the work of rule of law and sharing European values which are part of the findings”, said Katuscak.

Van der Linden emphasizes the support by the Kingdom of Netherlands to this project and stressed why it is important such projects to receive encouragement.

“You can have all of the actions plans and strategy for reforms however without changing the culture you can’t achieve real impact. This project gives us insight in the challenges this region faces and by that helps in redefining EU support for these projects”, said van der Linden.

Denis Preshova, Associate Researcher at the IDSCS and Assistant Professor at the Faculty of Law ‘Iustinianus Primus’ in Skopje, Fjoralba Caka, Lecturer of EU Law at the Faculty of Law at the University of Tirana and Senior Researcher at the Albanian Legal and Territorial Research Institute (A.L.T.R.I) and Tanasije Marinković, full-time Professor at the Faculty of Law in Belgrade and Associate at the Centre for Judicial Research CEPRIS, presented the results of their research at experts’ panel and discussed the findings related to the democratisation and Europeanisation of the judiciary.

Preshova focused on the findings on North Macedonia and the different dimensions this research embodies.

“Often, when judiciary is mentioned in the WB countries, we do not relate it to culture, instead we are more likely to connect it to reforms. We are in constant phase of reforms and so far, no impact is visible from the reforms. Therefore, with this research we aim to see what lies beneath the problem. The findings seek to address the gap between formal rules and reforms and the informal principles upon which the judiciary is functioning in practice”, said Preshova.

Caka reflected on the situation in Albania and the impact of the reforms on the judiciary.

“On one side, there are big reforms that would never happen without the help of the EU, but on the other side the help just builds institutions that have repetitive function and add to political elitism. The creation of these institutions have created changes, but without real impact”, said Caka.

Finally, Marinkovic reflected on the educational system and its importance for changes of values.

“Education is the most important tool of socialization, it is the way we channel values and proper behavior. What EU Commission does is analyses the work of the judges and prosecutors, but we need to start sooner when these values and way of thinking are being formed. We need to revise the earlier stages of education so we can make pressure on the judiciary for qualitative changes”, said Marinkovic.

The event was part of the project “Bridging the gap between formal processes and informal practices that shape judicial culture in the Western Balkan”, coordinated by IDSCS in cooperation with the Centre for judicial research CEPRIS, A.L.T.R.I and the Asser Institute (Centre for International and European Law) from the Netherlands. The project is supported by the Netherlands’ Fund for Regional Partnership – MATRA. 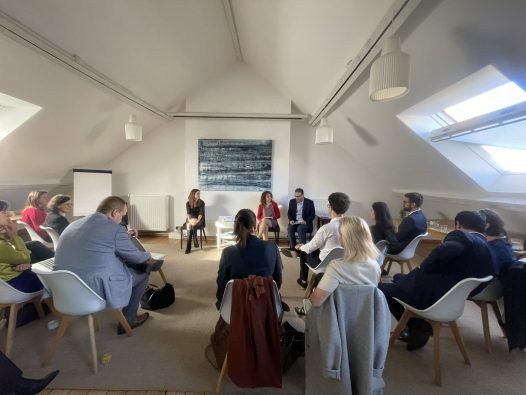 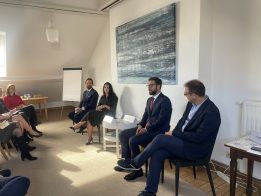 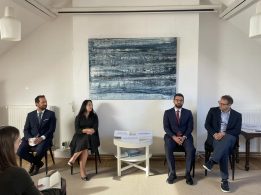 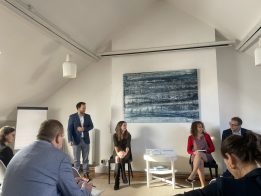 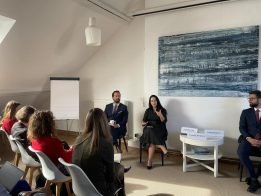 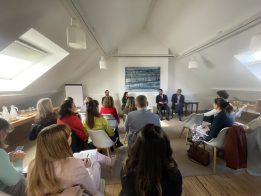 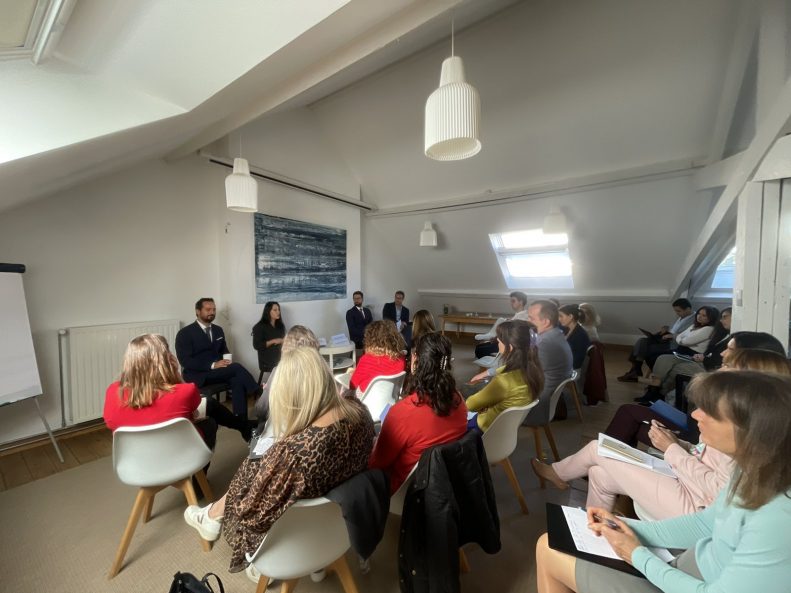