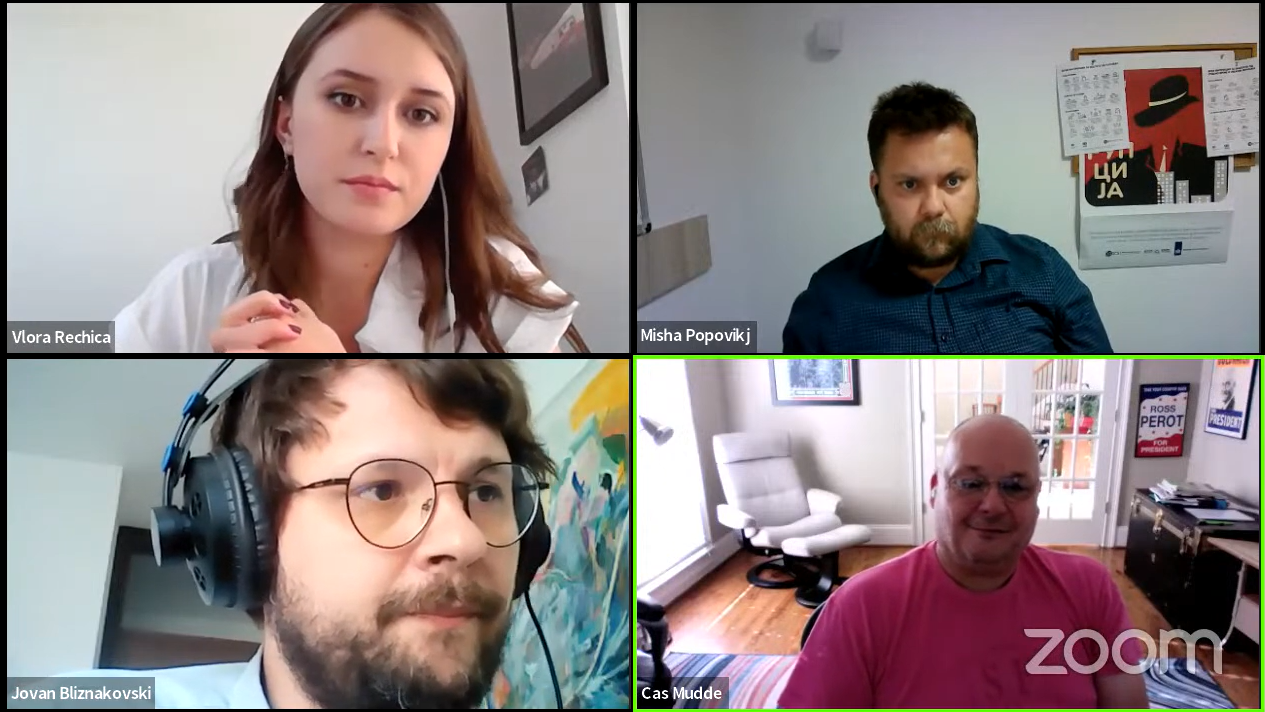 Vlora Rechica, Researcher and Head of the Centre for Parliamentary Support and Democratization at the Institute for Democracy, gave opening remarks at the event. She said that following the work of many leading scholars the study argues “that populism exists as a set of widespread attitudes among the people and that these attitudes must be explored for us to understand what triggers populism demand,” adding that “the starting point of the study was the definition of populism as a “thin” ideology that assumes that the society is, above all, divided into two homogeneous and conflicting groups – the “common people” on the one hand and the “corrupt elite” on the other; and which argues that politics must be an expression of the general will of the people.”

The keynote speech was delivered by leading scholar of populism and the radical right, Professor Cas Mudde from the School of Public and International Affairs, University of Georgia.

Mudde said that populism is a thin ideology that considers societies to be openly separated into two homogeneous and antagonistic groups – the pure people versus the corrupted elite.

Talking about the findings from the study, Popovikj said that there is no particular association between personality traits and populist disposition.

“Actually, we find some relationship with social space of values which are politically contextual. They are, of course, accumulated values but they can be overtime changed with policy intervention. Similarly, there can be policy intervention that can decrease the acceptability of the population to conspiracy theories”, stressed Popovikj.

According to Bliznakovski, as the trust in institutions drops, populist thinking goes up.

You can read the study in the English language here:

The Populist Citizen: Why do the citizens support populist leaders and policies in North Macedonia?

You can read the study in the Macedonian language here:

You can read the study in the Albanian language here:

You can watch the video from the discussion here: