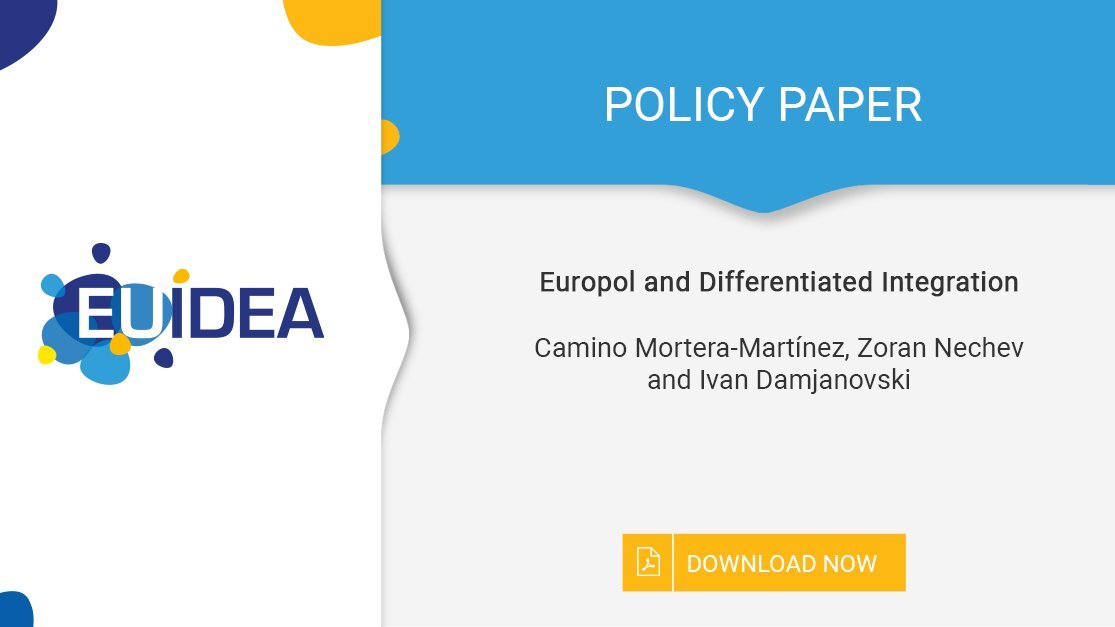 Europol has become a hub for differentiated integration. Initially a small anti-drugs unit, the EU’s police agency is now a fully-fledged body where law enforcement agencies from all around the world work together. Seen through the organisational dimension of differentiation, police cooperation through Europol has shaped differentiated integration modalities based both on the uneven participation of actors in the policy cycle and on the differentiated access to Europol’s mechanisms for exchange of information. Albeit limited, this multi-layered arrangement of police cooperation through Europol has provided the grounds for a more flexible approach towards the fight against organised crime in Europe. The various differentiated integration mechanisms at play have ultimately significantly increased transactions between law enforcement authorities in Europe and have improved cross-border cooperation in the areas within Europol’s mandate.

There are three main things Europol partners appreciate from their cooperation with the agency: the informal network of law enforcement officers housed at Europol’s headquarters in The Hague; the quality of the data stored in Europol’s databases; and the help in capacity building that Europol provides to third countries.

After looking at the different layers of differentiated integration within Europol, with a particular focus on the cases of the Western Balkans and the United Kingdom, we suggest the following policy recommendations:

1) Focus on Europol’s operational value. As a law enforcement agency, Europol’s added value to both EU and non-EU countries is that it makes their operations more efficient. The EU should not let politics get in the way of helping countries co-operate better at the operational level, whether in or outside of Schengen.

2) Set up a common framework for Schengen countries. To be more effective in fighting irregular migration and secondary movements, the EU should ease some of the restrictions over access to databases for trusted and necessary partners, like Schengen-associated countries.

3) Negotiate an all-encompassing deal between Europol and the UK going beyond the limited December Brexit Trade and Cooperation Agreement (TAC). Once the dust has settled on the Brexit drama, the UK and the EU may be able to find a way to seal an all-encompassing partnership deal which will benefit both parties. In the meantime, the UK could help Europol’s fight against irregular migration by pooling intelligence and resources. Britain could assist Europol’s fight against irregular migration through the sharing of actionable intelligence.

4) Enhance and streamline cooperation with the Western Balkans on the institution and data-sharing level. The WB countries have a limited access to Europol’s information systems. This eventually creates problems for these countries’ contributions to the EU’s operations in which they have particular interest. Seconding national experts (SNE) from these countries including providing direct access to Europol information databases would 4 | Europol and Differentiated Integration significantly facilitate the smooth policing of the EU’s external borders.

5) Use differentiated integration to up Europol’s resources. Non-EU partners value Europol. As the agency will have to renegotiate its agreements with many of them soon, it could use its leverage to get more staff, training and intelligence.