More than oversight? How to increase cooperation between Parliament and anti-corruption institutions 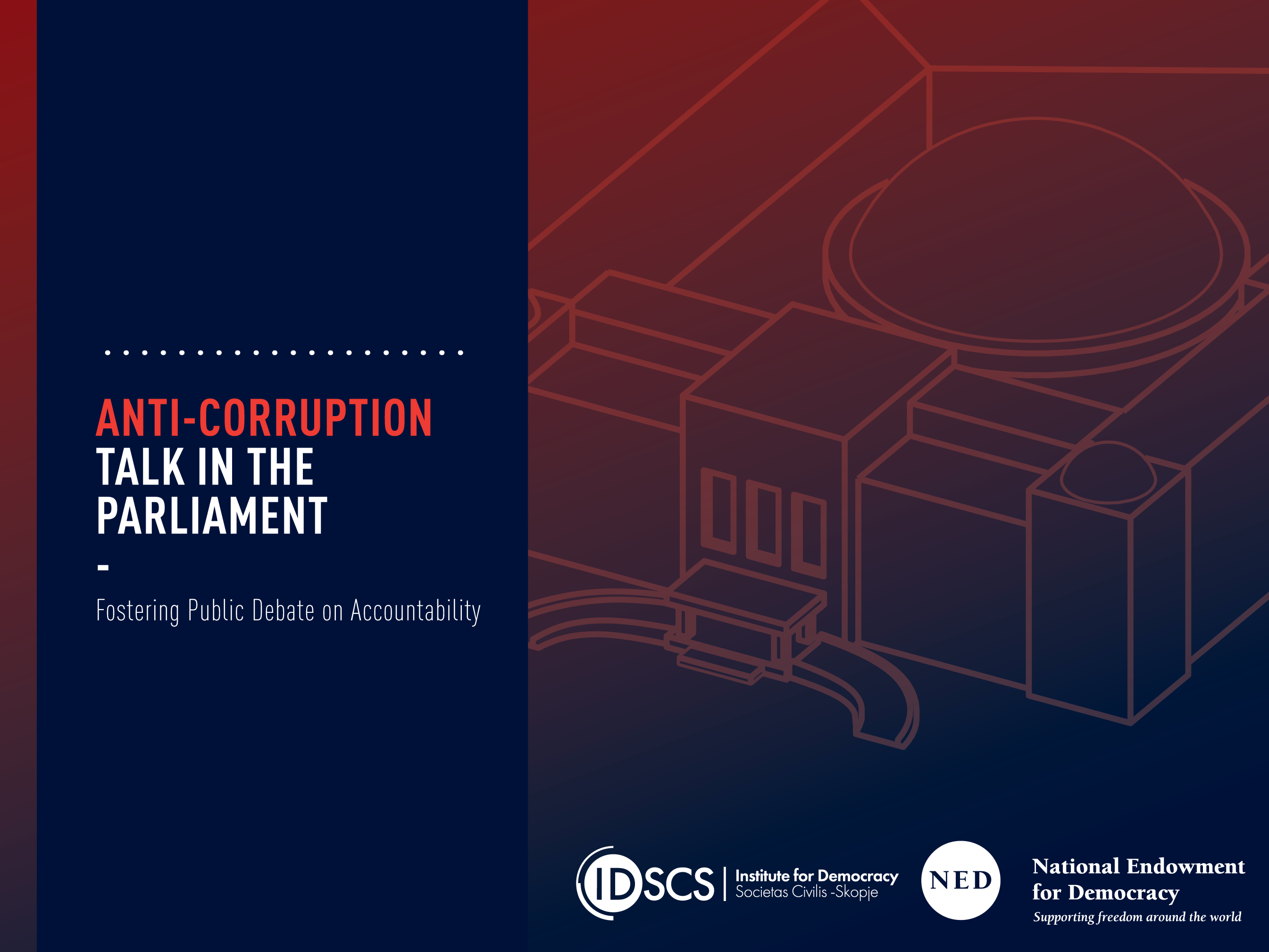 In the upcoming year, it will be of key importance for Parliament to establish partnership with institutions in the executive branch that are on the frontline of the fight against corruption, such as the State Commission for Prevention of Corruption, the State Audit Office, the Inspection Council and the Commission for Protection of Competition. Such a partnership would not mean reduced oversight, on the contrary, it would entail setting up the preconditions for a more thorough, rather than perfunctory reporting.

In order to build trust, both parties must introduce changes to their approach. Firstly, it is of utmost importance that Parliament, as a legislative body that establishes most of these institutions and to which they are accountable, demonstrates that it believes in the importance of their work and finds ways to provide them assistance. One of the essential ways to do so is by ensuring the MPs are actively involved in the allocation of funds for these institutions, in order to prepare the ground for improved efficiency in their work. Since different institutions face different types of issues, the enhanced communication and cooperation would also ensure that the needs are identified more accurately and addressed appropriately. It is important that the MPs demonstrate that they understand their full-time, proactive role in the fight against corruption. As peoples’ representatives, they should demonstrate their own vision about how to support the national efforts in the fight against corruption.

Since trust is a two-way street, it is important that anti-corruption institutions see their reporting to Parliament as a key component of their work, setting a good example for accountability and transparency in comparison to other institutions. That means increased responsiveness to public and oversight hearings, sharing a broader range of documents, as well as proactive cooperation throughout the year in terms of sharing information about the course and challenges of their work.

Supporting these institutions by advocating inside Parliament for an increase in allocated funds is not only a significant step, but also signals that the MPs are able to act on their competences. It goes without saying that the support and proactive approach are also reflected in the active coordination on draft laws, legal amendments and strategic documents.

The adoption of the 2021 budget is an excellent opportunity to start the process. The MPs can demonstrate trust in the work and potential of anti-corruption institutions and at the same time show that they expect improved performance by advocating for increased budget allocations for these institutions. Such a gesture towards the anti-corruption institutions will motivate them even more in the performance of their work and would eventually result in a visible improvement in the fight against corruption in the upcoming year.

The Anti-Corruption Talk in Parliament (ACT in Parliament) project includes investigative and representative activities, mainly to support the reform process in North Macedonia by amplifying the supervisory role of the Assembly in terms of the fight against corruption.