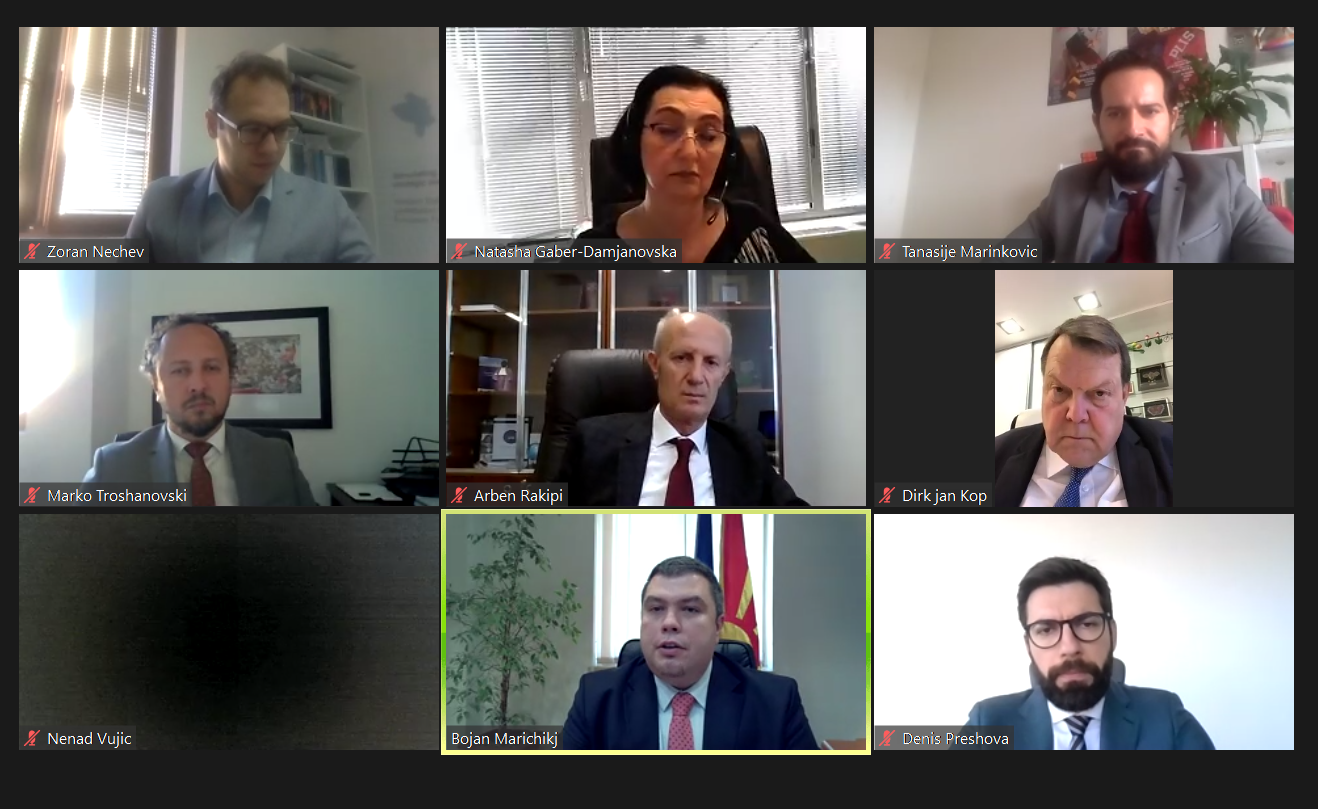 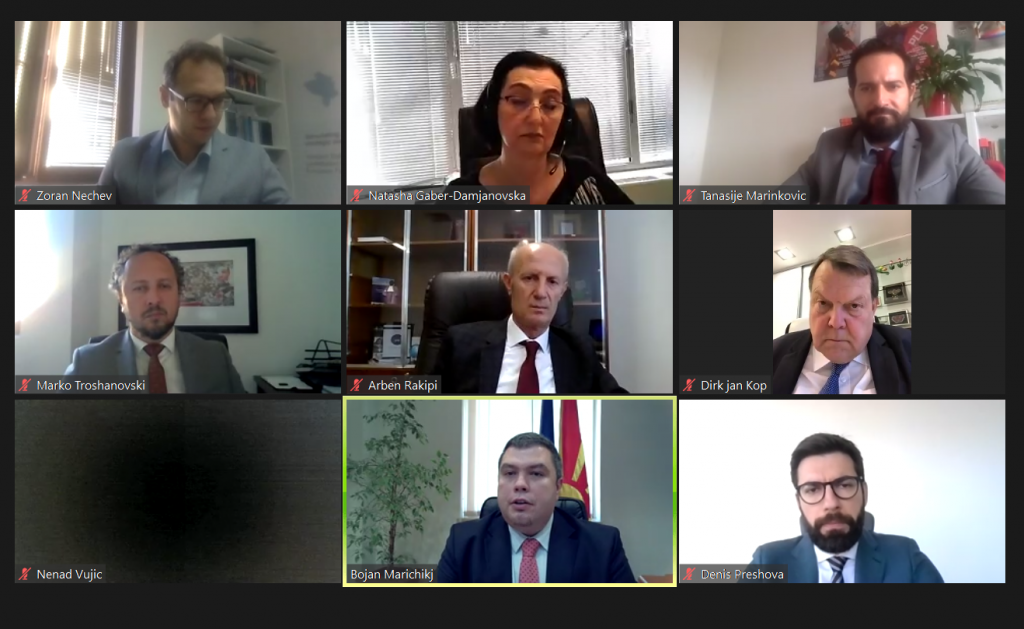 The Institute for Democracy organised kick-off online conference titled „Bridging the gap between formal processes and informal practices that shape judicial culture in the Western Balkan” to announce the start of the two-year project and to incite a constructive discussion on judicial culture situation in the Western Balkans, with specific focus on focusing on the cases of North Macedonia, Albania and Serbia.

The president of Institute for Democracy Marko Troshanovski, in his welcoming remarks, noted that it is very crucial to address the gaps between the formal processes, the horizontal restructuring of the judicial culture, and the informal cultural setting context in which practicing judicial culture occurs.

“This is why we as a consortium decided to start and design this project. We deeply believe that there must be research insight, advocacy insight of what stands in the gap between formal processes and the informal practices that our judicial system and judicial culture in general inherited”, said Troshanovski.

Bojan Marichikj, the Macedonian Minister of Justice, said that North Macedonia has the legislation and a legal framework that is largely in line with EU standards.

“In addition to having good laws in the judicial sector, the implementation of these laws needs to be improved and consistent. We have mechanisms to ensure judicial independence and accountability. It remains to the institutions to use them in practice on a case-by-case basis. If laws are the foundation of the judiciary, the judicial practice is its soul” noted Marichikj.

H.E. Dirk Jan Kop, Ambassador of the Kingdom of the Netherlands in the Republic of North Macedonia emphasized that the Netherlands through different programs, have supported the countries to promote and uphold democracy, human rights and the rule of law.

“These values, if respected in society, bring stability, security and prosperity. Trust in institutions and equality before the law in a system that is ruled by law is underlying element of democratic societies. Indeed, North Macedonia is an example of a country which has successfully followed a reform track in the justice sector in the past three years. Now these efforts should be extended with committed and effective implementation”, added Jan Kop.

The keynote speakers were professor Natasha Gaber-Damjanovska, director of the Academy for judges and public prosecutors “Pavel Shatev” from North Macedonia, Nenad Vujić, director of the Judicial academy from Serbia and Arben Rakipi, director, School of magistrates of Albania from Albania.

The discussion was moderated by Zoran Nechev, senior researcher and coordinator of the Center for EU integration, Institute for Democracy.

This online conference took place as part of the project „Bridging the gap between formal processes and informal practices that shape judicial culture in the Western Balkan”, coordinated by the Institute for Democracy “Societas Civilis” – Skopje in cooperation with the Centre for judicial research CEPRIS, Albanian Legal and Territorial Research Initiative (A.L.T.R.I) and the Asser Institute (Centre for International and European Law) from the Netherlands. The project is supported by the Netherlands’ Fund for Regional Partnership – MATRA.

You can watch the conference and the debate on the following link: