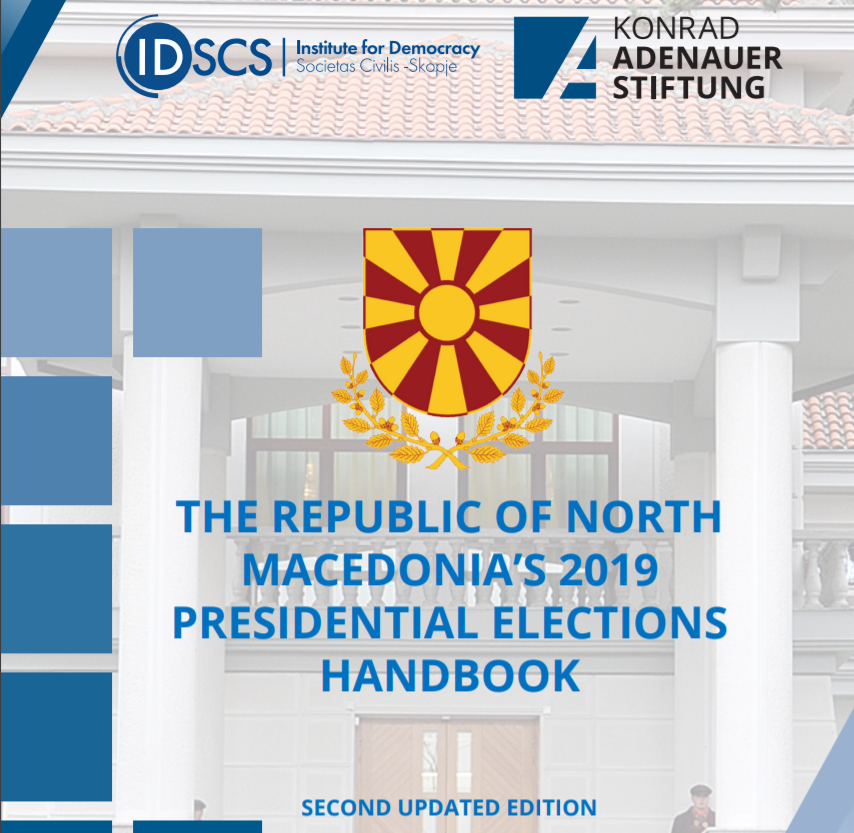 The online pdf-edition of the handbook is available in Macedonian, Albanian and English language and can be downloaded free of charge from the following links:

Macedonian version of the Handbook

Albanian version of the Handbook

English version of the Handbook

All previously prepared handbooks for presidential, parliamentary and local elections can be found on the website – Izborna Arhiva.

*The process for the change of the constitutional name of the Republic of Macedonia was initiated with the Prespa Agreements, signed on 17th June 2018. The Agreement entered into force on 12th February 2019. Since the compiling of the Presidential Elections Handbook commenced before this Agreement entered into force, in the first edition of the text the name Republic of Macedonia is used, while in the sections written after the elections were concluded, the new constitutional name the Republic of North Macedonia is applied.