By Jane Dimeski In : Advocacy, News Tags : call , corruption , Council of Europe , GRECO , Hungary , Nikola Gruevski , rule of law
Home / Advocacy / A Call to the Members of the European Parliament and the individual member states of the EU and the Council of Europe and GRECO 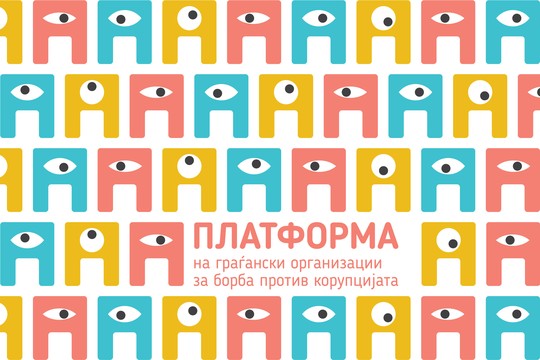 Nikola Gruevski is a convicted felon who escaped from the Republic of Macedonia avoiding a two-year prison sentence about abuse of office as a former PM. He is convicted with effective and enforceable court decision.

We welcome the resolution in the European Parliament and consider it to be an act in the right direction. Furthermore, we demand that individual member states explore possible mechanisms to convince the Republic of Hungary to withdraw its decision.

We demand a strong resolve by the institutions of the European Union, as well as the member states, including the Republic of Hungary, to support the rule of law by demanding that all criminals be brought to justice. This will, in turn, encourage the fight against impunity in Macedonia. We extend this call to the Council of Europe and GRECO and encourage them to react in the means they have at their disposal.

Nikola Gruevski is currently tried on several more accounts of corruption and abuse of office. Under his rule, the Republic of Macedonia plummeted in many dimensions of democratic governance and rule of law. We believe that he and his informal network were responsible for the state capture noted in the European Commission’s assessment for the country in 2016. The charges include election fraud, mass high level corruption, embezzlement, human rights violations and many other abuses of liberal and democratic principles that should be at the heart of what it means to be European.
After the change of government in 2017, a slow process of recovery was initiated with reforms geared towards better governance in the judiciary, law enforcement and the rule of law in general. We are afraid of the grave consequences Gruevski’s escape will have to these processes.

Granting political asylum is seriously undermining EU’s credibility in the minds of our people. It will have a domino effect throughout the region and make it very difficult for societies in the Western Balkans to initiate and sustain positive reforms in the areas of rule of law.
His escape is a case of the broader issue of impunity. The struggle for accountability and fight against corruption depend on the likelihood of penalty, if someone did not follow the rules.

Improvement of rule of law is an uphill battle for us, as societal actors. The gains of the support that the EU has given so far will be seriously undermined should we lose this battle.

This call is prepared by the Platform of Civil Society Organizations Against Corruption. This Platform consists of civil society organizations from the Republic of Macedonia, working in the areas of anti-corruption and rule of law. These include: