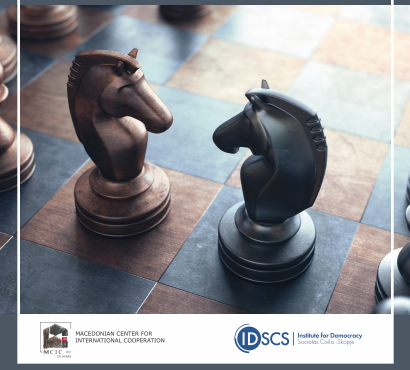 In April, 2018 MCIC and IDSCS, together with M-Prospect, conducted a public opinion research for the fourth time, and the results thereof are presented in this report. The research should contribute towards a broader and more informed public debate on the name dispute which shall include all relevant stakeholders.

The 2018 Name Dispute – Public Views in Macedonia report shows the results of the public opinion survey conducted by MCIC and IDSCS for the fourth time, after the ones conducted in 2010, 2011, and 2013.

The report consists of introduction, including methodology, a brief history of the dispute, views of the citizens on resolving the dispute, national identity and other factors influencing the perceptions of the dispute, building a national position, expressing one’s opinion through a referendum, and expectations for a solution to the dispute. In the end, the report ends with conclusions.