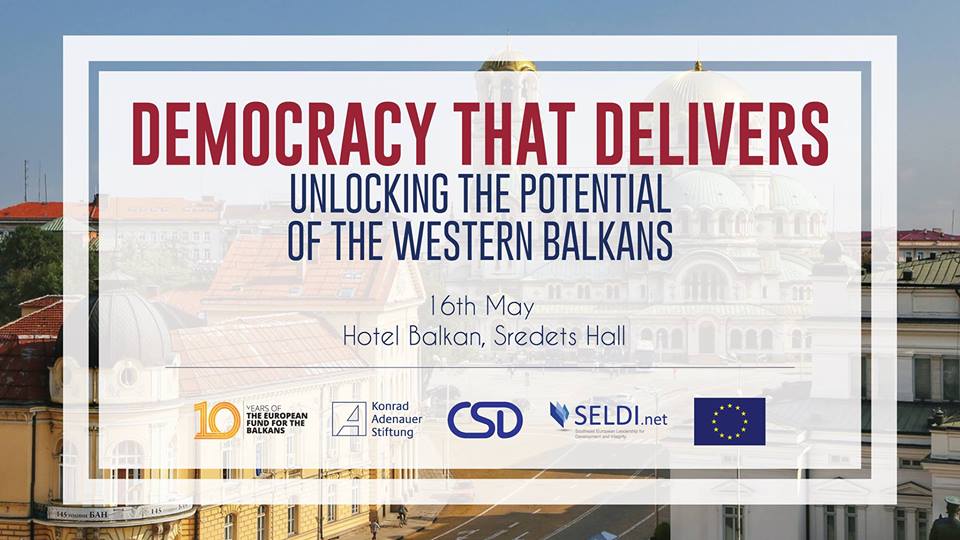 The SEE Think Net Network was established in mid-march 2018 with the generous support of the European Fund for the Balkans as the first regional network composed of civil society organisations that aim to monitor the topics related to the Berlin Process.

The Network plan is to publish one (1) policy paper on the Berlin process and the Credible European Perspective until the London Summit. The paper will be promoted at Chatham House, the Royal Institute of International Affairs during the Western Balkan London Summit on the 9/10 July. In addition, the SEE Think Net Network will produce five (5) policy briefs on migration, security and rule of law which will be promoted in Skopje, Belgrade and Tirana during the week before the London Summit.

Zoran Necev from the Institute for Democracy as a representative of the Network, will explain her role at the international conference “Democracy That Delivers: Unlocking the Western Balkans Potential” which will take place in Sofia (Bulgaria) on May 16th.