Report from monitoring the reform process: “Hurdling on 3, 6, and 9” 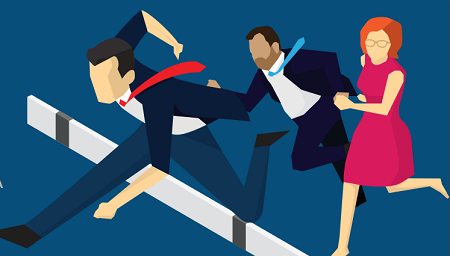 The Institute for Democracy “Societas Civilis” – Skopje (IDSCS), supported by the Konrad Adenauer Foundation, monitors the implementation of the reforms from the Macedonian Government Plan 3-6-9. The monitoring is based on methodology developed by IDSCS. The first monitoring report on the first three months of the implementation of the Plan was released on November 28th, Tuesday, at the EU Info Centre in Skopje.

Analyzed by the areas in which the reforms are carried out, it was concluded that:

In the legislative power of a total of 9 activities, 3 are fulfilled, and 6 are immeasurable;

In the part of the judiciary of 13 activities, 6 are fulfilled, 3 are partially fulfilled, 1 is not fulfilled, and 3 are immeasurable.

In the part of the reform of the public administration, from 7 measures, 4 are fulfilled, and 3 are immeasurable.

As non-measurable were defined activities for which the status of fulfillment can not be determined, i.e. there is no credible source through which one can perceive their performance. This category also include activities that need to be reformulated in order to determine indicators and activities which by their nature are competence of other institutions, that is, the Parliament or the judicial authority.

IDSCS welcomes the progress in implementing the ambitiously planned reform agenda outlined in Plan 3-6-9. However, it is noted that despite the ambition of the Government to return to the EU path, the activities envisaged in the Plan are below the desired level of reform activities that the Government has the capacity to prepare and monitor.

The plan needs to be supplemented with activities that directly address the key recommendations and priorities contained in the Priebe Report and the Urgent Reform Priorities. There is essential need for better and more precise definition of the ultimate goal that the Government wants to achieve with the proposed activities and reforms.

IDSCS will publish two more reports that will address the next two periods of the reform process. Each report will be published after the announcement of the government report for the 6 and the 9-month reform period.

The monitoring reports on the implementation of the reforms are part of the “Perform on Reform” project implemented by IDSCS supported by the Konrad Adenauer Foundation.

The full report is available on the following link: