Parliament Watch: How MPs debated on the “longest constitutive session” 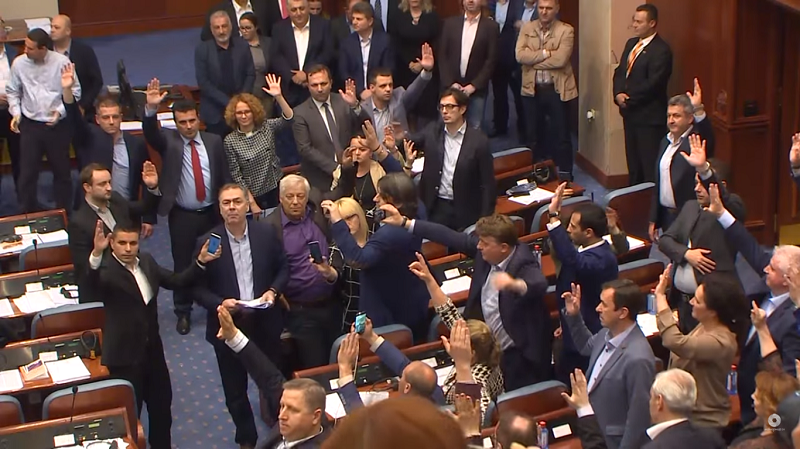 How Macedonian MPs debated during the constitutional session in the Parliament that followed the parliamentary elections conducted on 11 December 2016? The session for election a new parliamentary speaker from the newly formed majority dragged for a month and ended with violent incident in which several MPs including the leader of the majority and several journalist were injured in the parliaments premises by a group of masked protesters. Therefore, this constitutional session was the longest and the most tense in the history of the Parliament.

The complete report from the monitoring of the quality of debate is available on the following link:

Parliament Watch: How MPs debated on the “longest constitutive session”