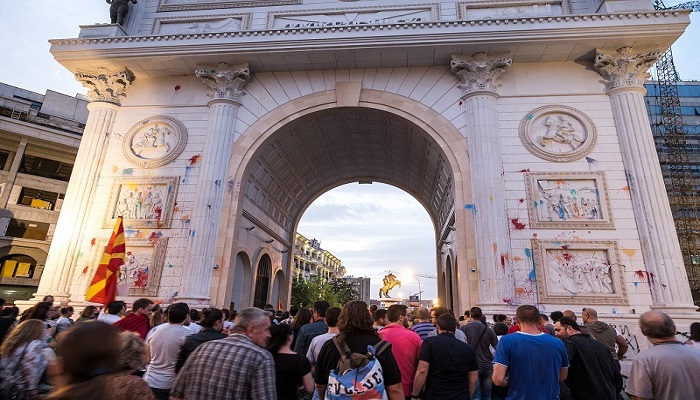 In a time of culmination of the political crisis which may lead to the first one-party parliamentary elections since the declaration of independence in 1991, next month, the Institute for Democracy “Societas Civilis”, Skopje (IDSCS) has conducted a public opinion survey on the current events. The survey has been conducted by a telephone on a representative sample of 1016 respondents in the period between 6 and 11 May 2016. The most important findings are the following:

The majority of the respondents (63%) think that there should not be elections where not all of the parties are participating. Thirty-one per cent (31%) find that acceptable.

A vast majority of 76% respondents does not justify the pardoning decisions of 56 people for acts related to the wiretapping scandal. Only 16% consider the pardons justified.

The negative attitudes prevail while reviewing the question about the attitude towards the political leaders: 55% towards Ali Ahmeti, 52% towards Nikola Gruevski and 48% towards Zoran Zaev.