Parliament Watch: Report on the Quality of Debate in May 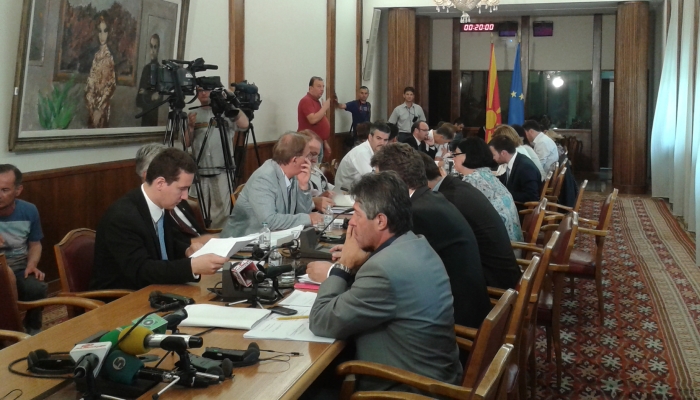 The MPs in May increased their mutual interaction, considering the increased number of replies and counter-replies. This is an indicator that they discussed the items on the agenda more frequently, compared to April.
The number of discussions where the MPs connected their views and arguments with the well-being of all citizens increased. The MPs upheld their views with two or more arguments somewhat more seldom, compared to April. The percent of such discussion reached 47% (in April – 51%).
As it was the case with the entire monitoring, the MPs did not manage to prove the rightfulness of each other’s arguments, thus remaining in their “trenches”. None of the MPs changed their views for the sake of a better quality arguments expressed in the debate.
The Opposition represented by 11 MPs had a 20% share in the discussions in May, which is more compared to April. This rise happened largely due to the fact that the Opposition was represented by 11 MPs, unlike the previous months when it was represented by 10 MPs.
The parliamentary questions session, the proposal for electing members of the Government, the draft-law for amending the Law on Consumer Protection and the annual report of the National Bank of the Republic of Macedonia caused a bigger interest for discussion. The rest of the items on the agenda went with a small, one-sided or no discussion at all.
These are part of the findings from the Tenth Report on Monitoring the Quality of Debate in the Parliament from 1 to 31 May 2015.

The word-cloud of the most used words on the plenary sessions by the MPs in May is hereby attached. 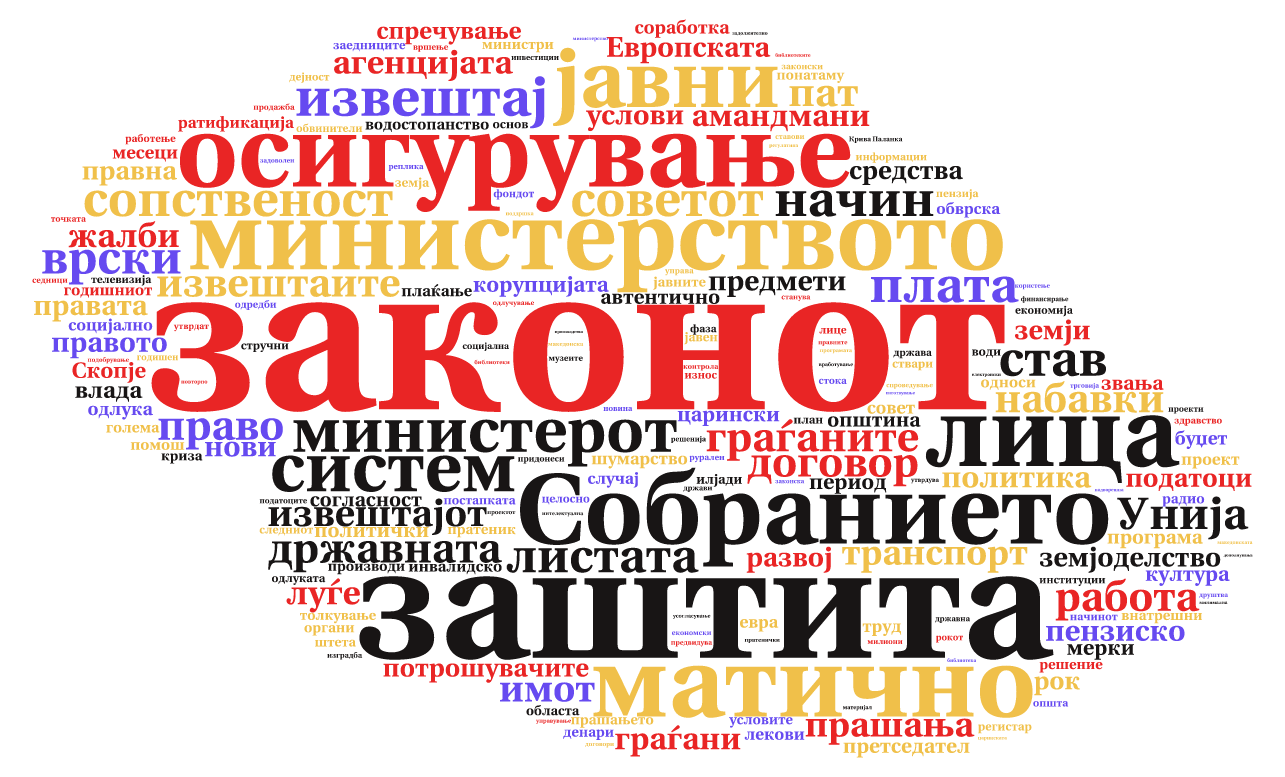 On the following link you can see the previous reports from the monitoring of the Parliament and the media reporting within the project “Parliament Watch, Strengthening the Political Debate and the Deliberative Discourse”.

Parliament Watch: Report on the Quality of Debate in May